All Eight Northern Circumpolar Cyclones in 2020 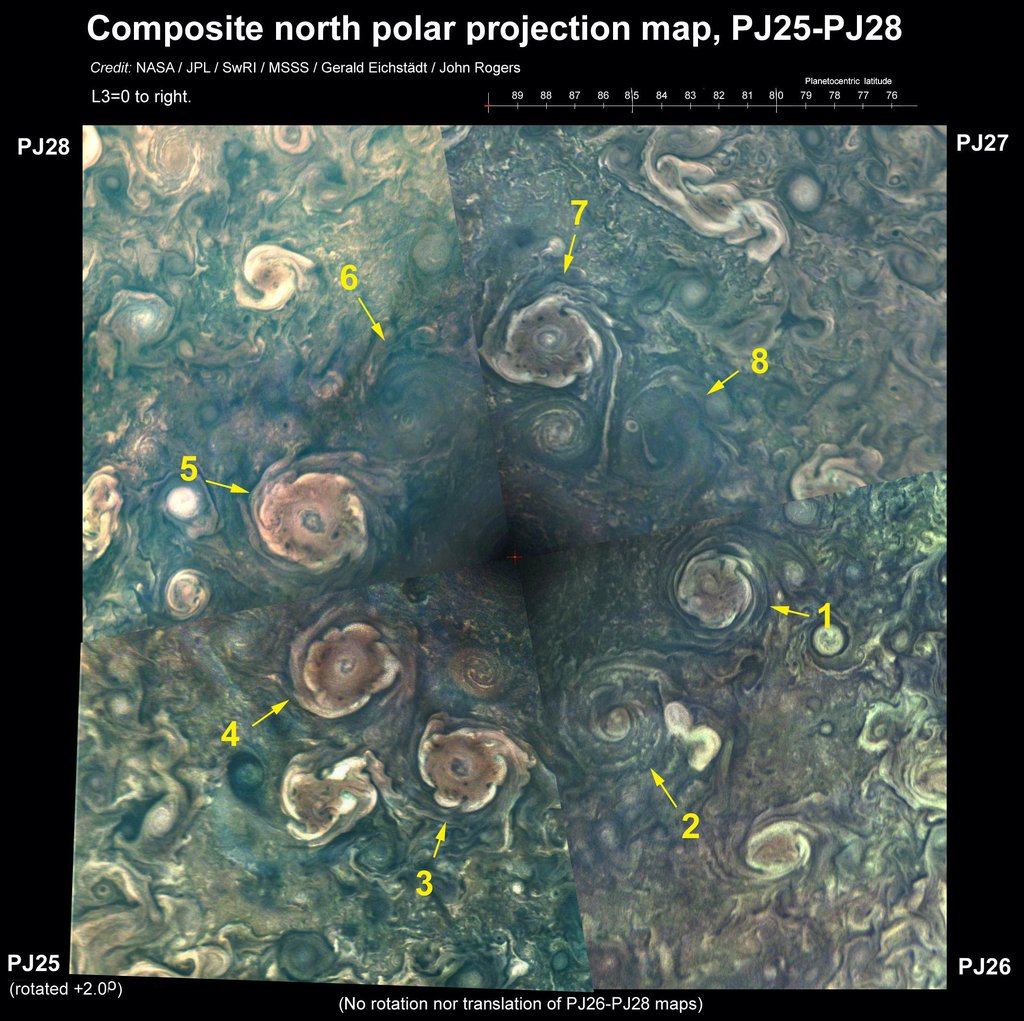 This composite of images from the JunoCam imager aboard NASA's Juno spacecraft shows the eight circumpolar cyclones around a central cyclone located at Jupiter's north pole. The sizes of these cyclones range from 1,500 miles (2,400 kilometers) to 1,740 miles (2,800 kilometers) across — about the same distance from the southern tip of Texas to the border with Canada. The composite depicts the remarkable stability of the octogonal configuration: No cyclones have arrived or disappeared since Juno began its mission in 2016.

The evolution of Juno's elliptical orbit is bringing the spacecraft closer to the north pole on each pass. At the beginning of Juno's mission the northern polar cyclone was hidden in polar night, but as the Sun moves toward the northern hemisphere, it is beginning to emerge into the daylight. As a visible camera JunoCam can only take pictures when the cyclones are in daylight, it took four perijove passes to see all eight. The original JunoCam images used to produce this composite were taken during consecutive science passes on Feb. 17, April 10, June 2, and July 25 of 2020.