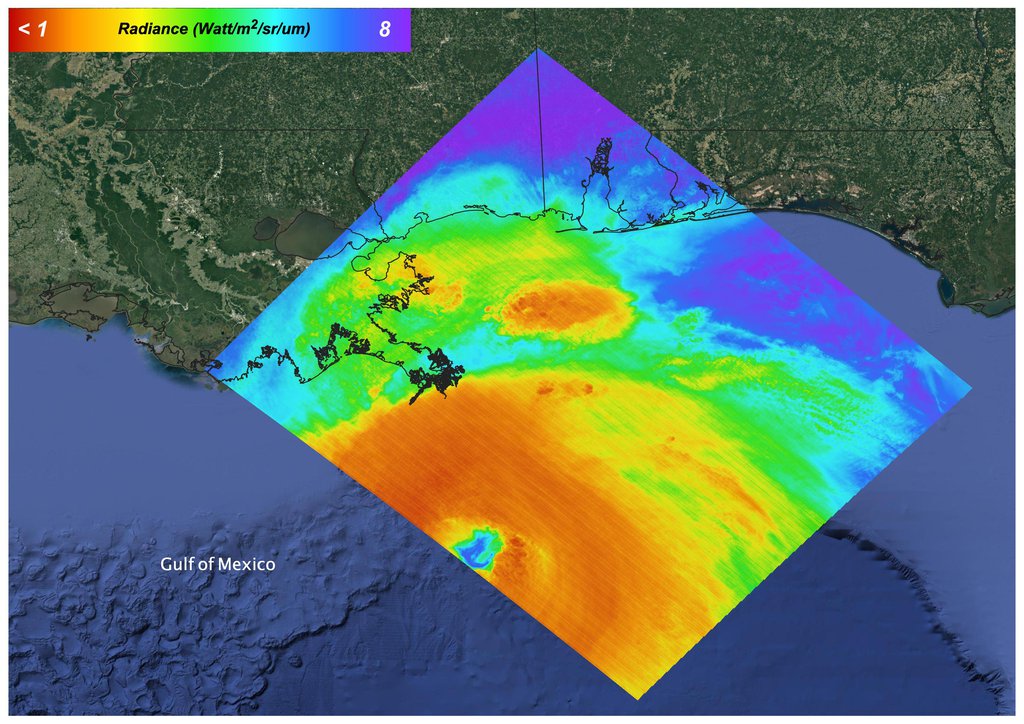 On August 27, 2021 Ida crossed over Cuba as a Category 1 Storm. 48 hours later the storm intensified to a Category 4 before making landfall on the coast of Louisiana. The storm was the second most destructive storm to ever make landfall on the Louisiana coast with sustained winds over 150 mph (240 km/h).

The rapid intensification process that the storm system underwent is not well understood. Satellite images such as this are helpful as scientists attempt to understand new weather patterns that are emerging with Global Climate Change.