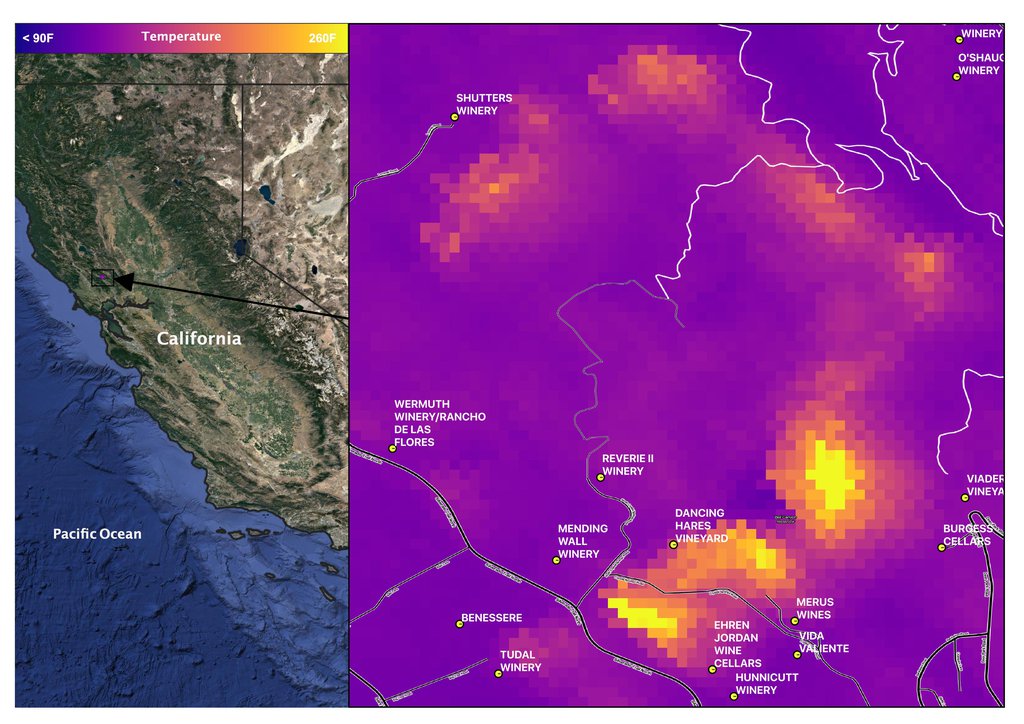 Late in the evening on September 27, 2020 the Glass Fire ignited in the foothills of Napa Valley, California. The cause of the fire is still unknown. Within 24 hours it exploded to over 11,000 acres fueled by dehydrated soil and the drought-stricken landscape.

Within hours of the start of the fire, ECOSTRESS captured several hotspots near the fire's origin (represented by the brightest yellow spots on the map). Not only is it important to monitor the progress of the fire as it to help protect people and property, dense wildfire smoke can also damage crops. For this reason, it is important to track both the movement of the fire and local weather patterns to predict crop damage from smoke exposure.

Wildfires are common in this region of California, however this unseasonable fire ripped through the region with unusual speed and intensity. As wildfire behavior continues to adapt with Climate Change, images like this help scientists and farmers understand the impacts that the new fire season has on crops. This information is helpful in developing plans to increase agricultural resilience to climate change.