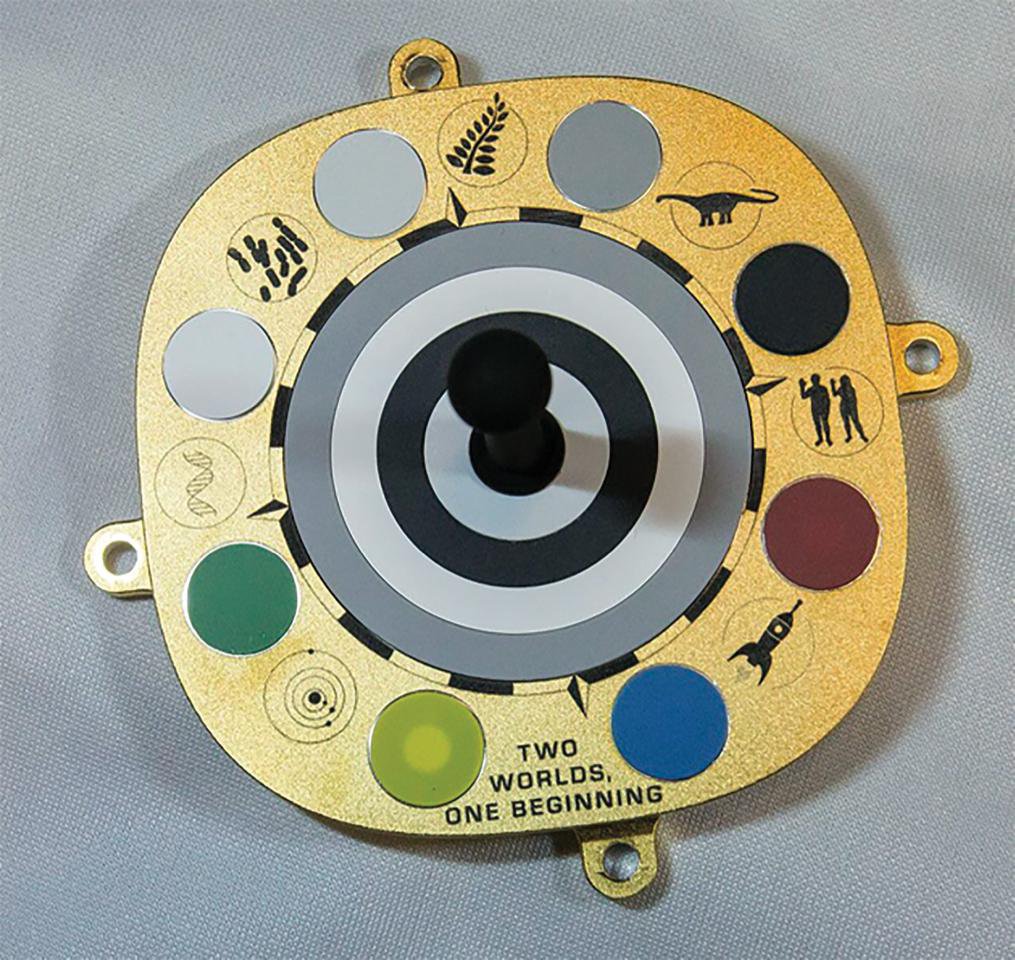 The primary calibration target for Mastcam-Z, a pair of zoomable cameras aboard NASA's Perseverance Mars rover, features color swatches used by scientists to fine-tune the cameras' settings. The object in the center, known as a shadow post, helps scientists check the color of the sky to calibrate for lighting conditions.

Symbols and mottos relevant to the mission are included around the target's perimeter: (clockwise from top) a fern; an Apatosaurus; a man and woman raising their hands in greeting (a nod to plaques carried aboard Pioneer 10 and 11, as well as the Golden Record aboard Voyagers 1 and 2); a rocket traveling from Earth (blue dot) to Mars (red dot); a motto reading "Two Worlds, One Beginning," in reference to the idea of Earth and the Red Planet growing out of the same proto-stellar dust; a model of the inner solar system; a DNA helix; and cyanobacteria, one of the earliest forms of life on Earth.

Mastcam-Z was provided to NASA by Arizona State University, which leads its operation and which, along with Malin Space Science Systems, Inc., designed and built the instruments. The calibration targets were designed by the ASU-led team and built at the University of Copenhagen in Denmark. NASA's Jet Propulsion Laboratory in Southern California built the Perseverance rover and will manage its operations for the NASA Science Mission Directorate at the agency's headquarters in Washington.