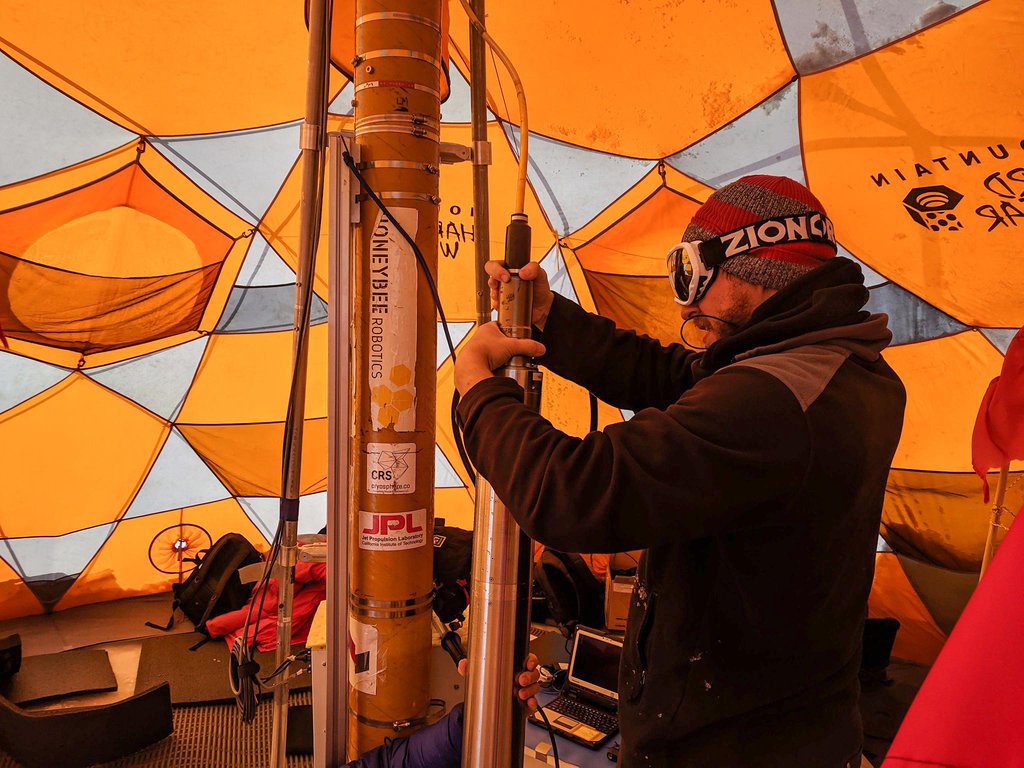 During 2019 field tests near Greenland's Summit Station, a high-elevation remote observing station, the WATSON (Wireline Analysis Tool for the Subsurface Observation of Northern ice sheets) instrument is put through its paces to seek out signs of life, or biosignatures, 360 feet (110 meters) down a borehole. In this photograph, a WATSON team member secures the tether to the top of the tube-like instrument and drill before lowering it into the ice. The tether also acts as the power cable and data feed. Care must be taken to ensure a tight connection between the tether and instrument, else the instrument could be lost in the ice.

WATSON could one day be launched aboard a robotic mission to seek out biosignatures on the ocean moons of Enceladus, Europa, or even Titan. The WATSON team hopes to test the instrument in a variety of cold locations on Earth to see how the distribution and variety of biosignatures change depending on where they are. By testing WATSON in different Earth analogs — areas on Earth that can stand in for those on other worlds — scientists would be able to better understand the chemical fingerprints of any biosignatures detected on other worlds.