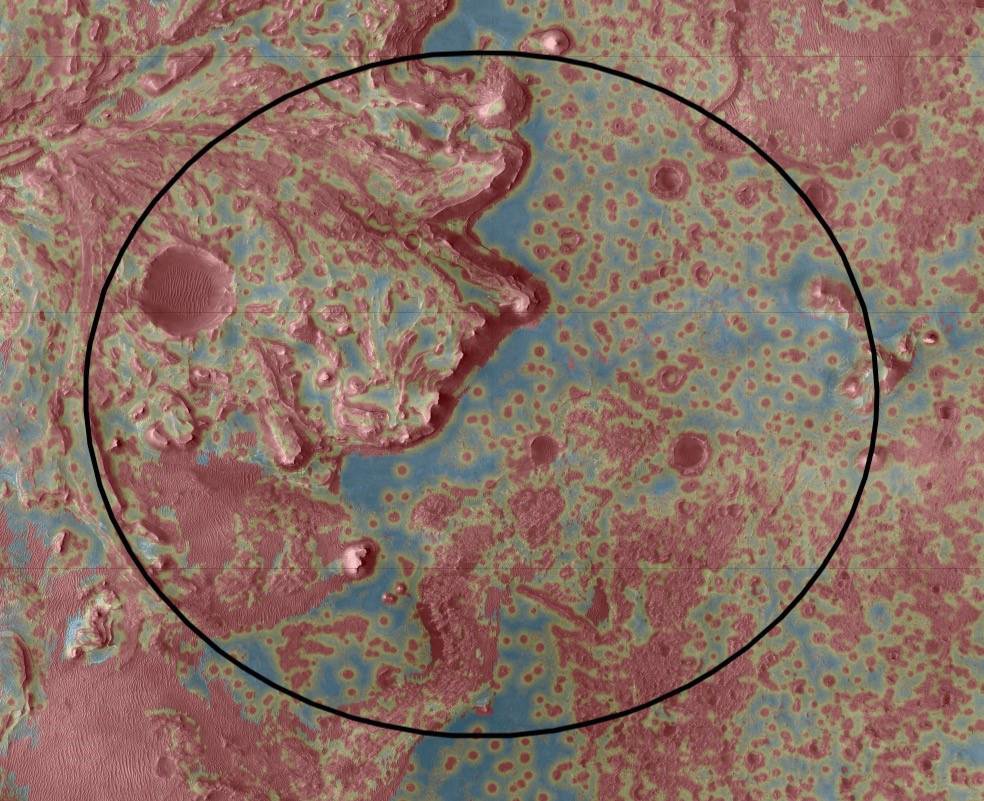 The Mars 2020 Perseverance rover will rely on data depicted in this Hazard Map to help guide it to a safe landing. Landing hazards are depicted in red; safer areas are colored blue and green. To select the best location to touch down while avoiding damage to the rover, the spacecraft's Terrain-Relative Navigation system will take images of the terrain below as Perseverance descends through the atmosphere. Computers aboard the rover will then compare these images with its onboard map — the best ever created for a space mission — and adjust course as needed.

Terrain-Relative Navigation has enabled the mission to select Jezero Crater as its landing site. Scientists believe an ancient river flowed into a lake there and deposited sediments in a fan shape known as a delta. Such an environment was likely to have preserved signs of any life that gained a foothold billions of years ago. But while the region has high astrobiological potential, it is also very hazardous, with dunes, cliffs and boulder-strewn areas that pose a huge challenge for landing.