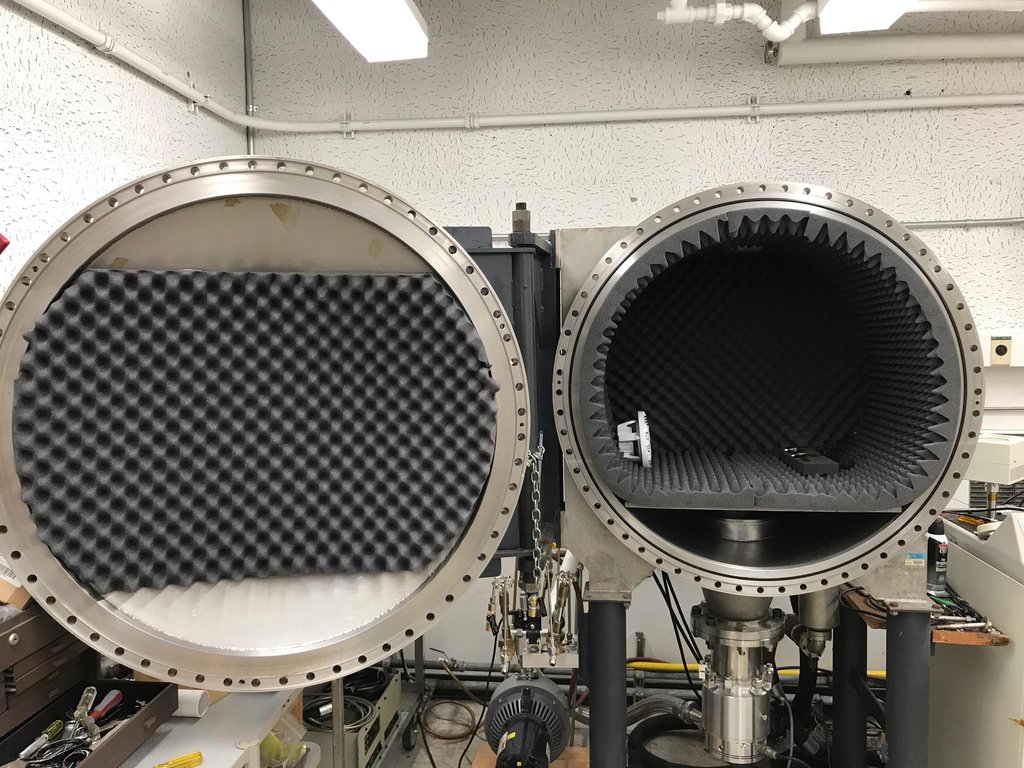 NASA's Mars 2020 Perseverance rover is equipped with two microphones that, if all goes as planned, will capture the sounds during entry, descent, and landing, and sounds on the Martian surface — from listening to the gusts of Mars' winds, to the "zap" of SuperCam's laser.

This image depicts microphones under consideration the mission being tested at NASA's Jet Propulsion Laboratory in 2017. The microphones were placed inside a chamber with a playback speaker to record sounds within a simulated Martian environment.