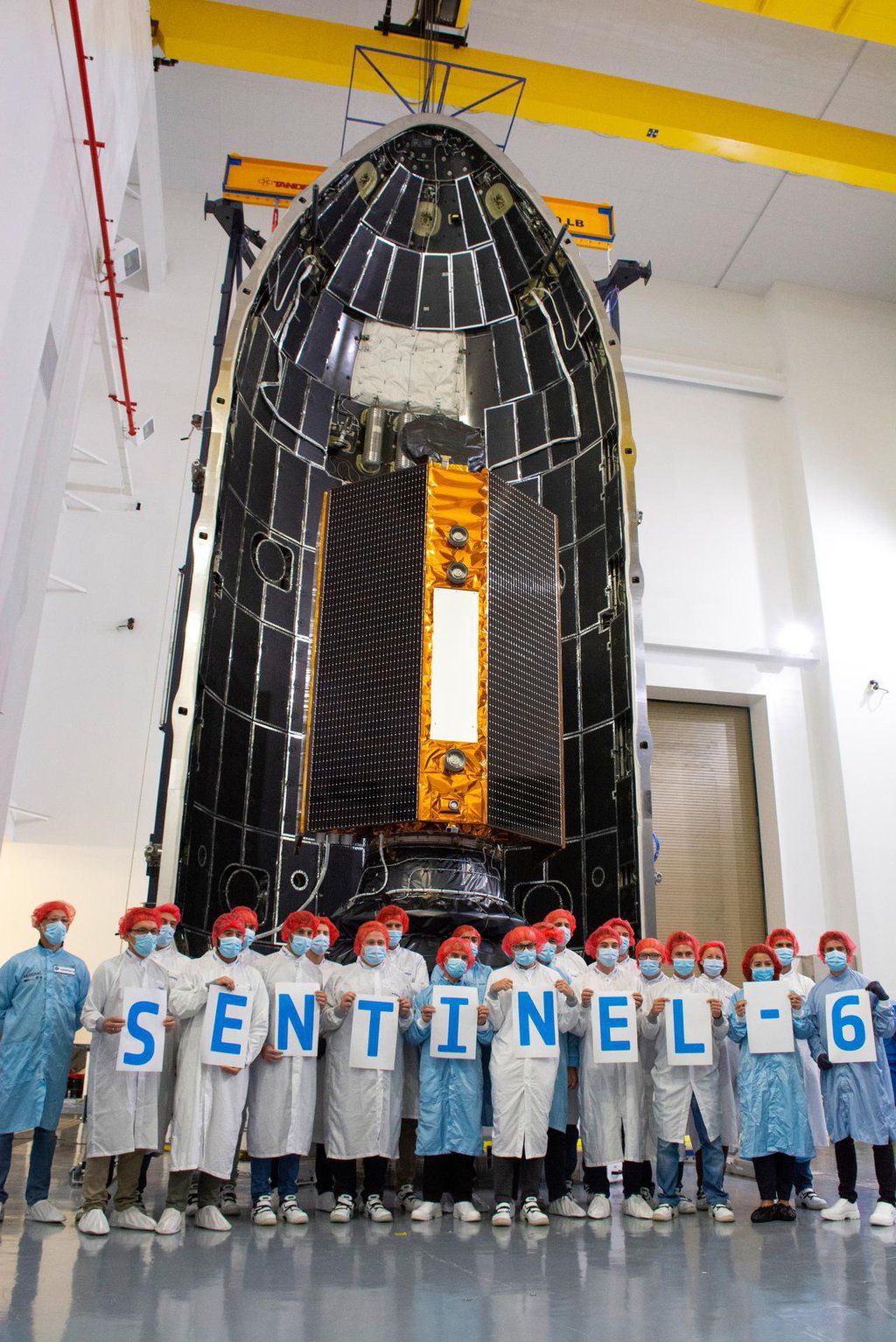 Technicians and engineers working on the Sentinel-6 Michael Freilich satellite pose in front of the spacecraft as it sits in a protective nosecone, or payload fairing, in the SpaceX Payload Processing Facility at Vandenberg Air Force Base in California. Once it's closed up, the fairing will sit atop a SpaceX Falcon 9 rocket when it launches from Vandenburg Air Force Base in central California in late November 2020.