The DuAxel Rover During a Field Test in California's Mojave Desert 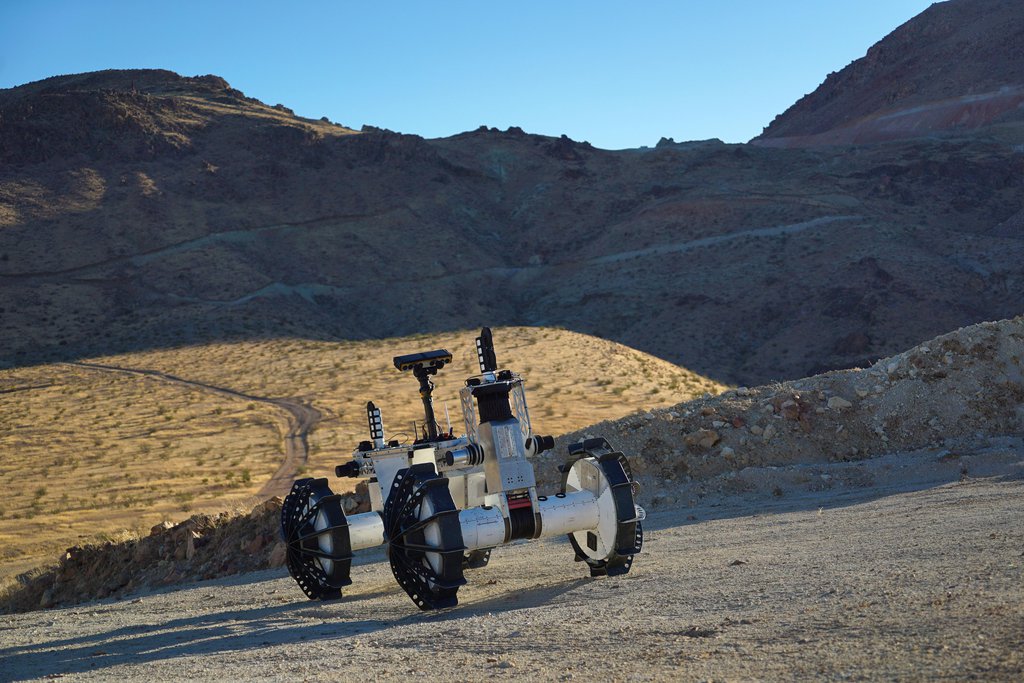 The DuAxel rover participates in a field test in the Mojave Desert in California. The four-wheeled rover is composed of two separate two-wheeled Axel robots, which are attached to one another via a tether. When the robot needs to travel to over long distances, it operates as one conventional rover with four wheels. Once it reaches its destination, it can separate and transform into two robots: One part anchors itself in place while the other uses a tether to explore otherwise inaccessible terrain.