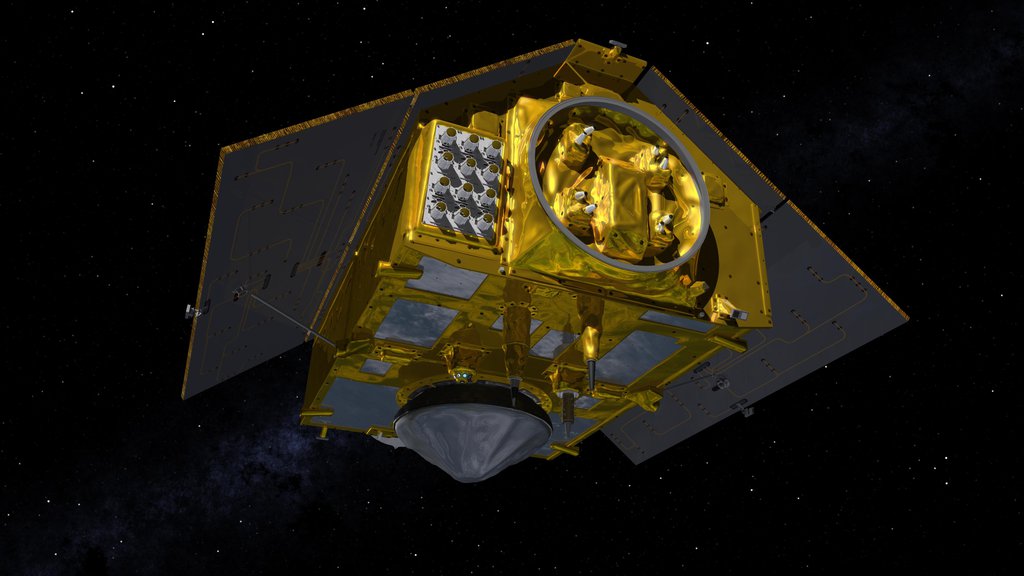 This illustration shows the rear of the Sentinel-6 Michael Freilich spacecraft in orbit above Earth with its deployable solar panels extended. As the world's latest ocean-monitoring satellite, it is launching on Nov. 10, 2020, to collect the most accurate data yet on global sea level and how our oceans are rising in response to climate change. The mission will also collect precise data of atmospheric temperature and humidity that will help improve weather forecasts and climate models.

The conelike instrument on the bottom (Earth-facing side) of the spacecraft is the satellite's Poseidon-4 radar altimeter. When used with the Advanced Microwave Radiometer (AMR-C) attached to the front of the spacecraft, both instruments will be used to make precise measurements of sea surface height. The gray rectangle with 12 cones attached at the rear-left of the spacecraft is part of the Global Navigation Satellite System - Radio Occultation (GNSS-RO) instrument.