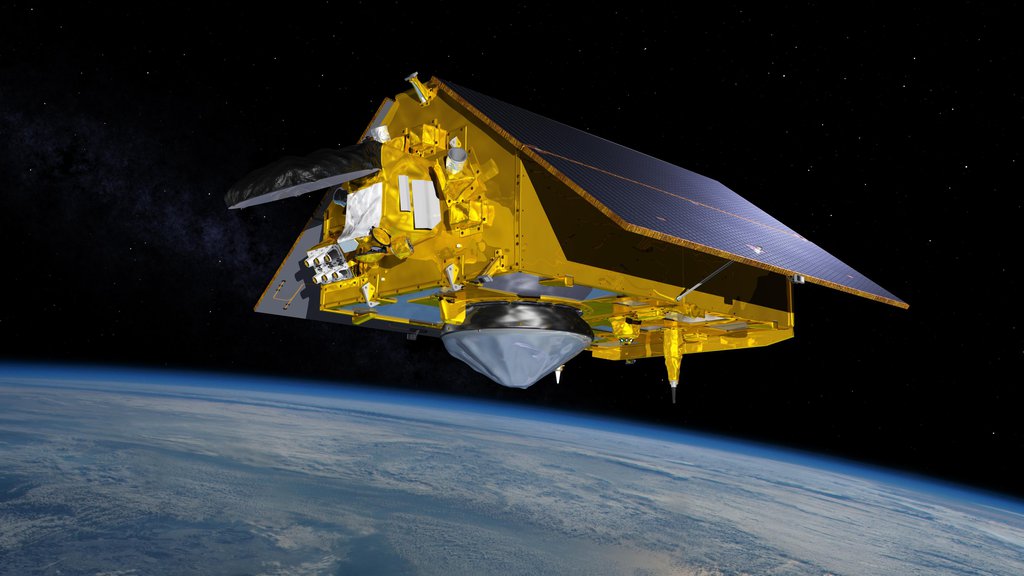 This illustration shows the Sentinel-6 Michael Freilich spacecraft in orbit above Earth with its deployable solar panels extended. As the world's latest ocean-monitoring satellite, it will collect the most accurate data yet on global sea level and how our oceans are rising in response to climate change. The mission will also collect precise data of atmospheric temperature and humidity that will help improve weather forecasts and climate models.

Sentinel-6 Michael Freilich extends the near-30-year record of satellite measurements of sea level that was initiated by the U.S.-European TOPEX/Poseidon mission in 1992 and continued with the Jason-1, 2, and 3 series of sea level observation satellites. Launched in 2016, Jason-3 is currently providing data.