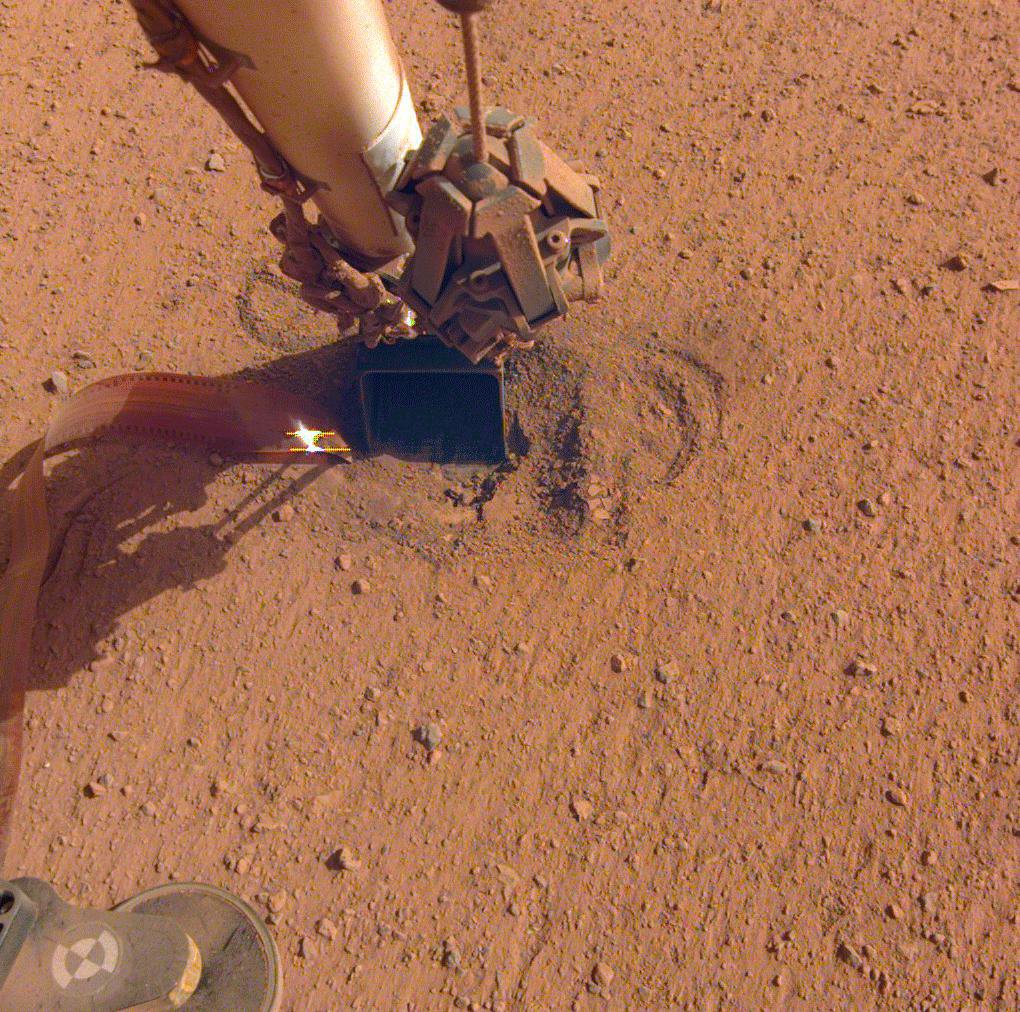 NASA's InSight lander retracted its robotic arm on Oct. 3, 2020, revealing the spot where the self-digging "mole" is attempting to burrow into the planet's surface. Attached to the mole is the copper-colored ribbon, which is laden with temperature sensors designed to measure the heat flow within Mars. In the months to come, the scoop seen on the end of the arm will be used to scrape and tamp down soil on top of the mole, in hopes of helping it dig.