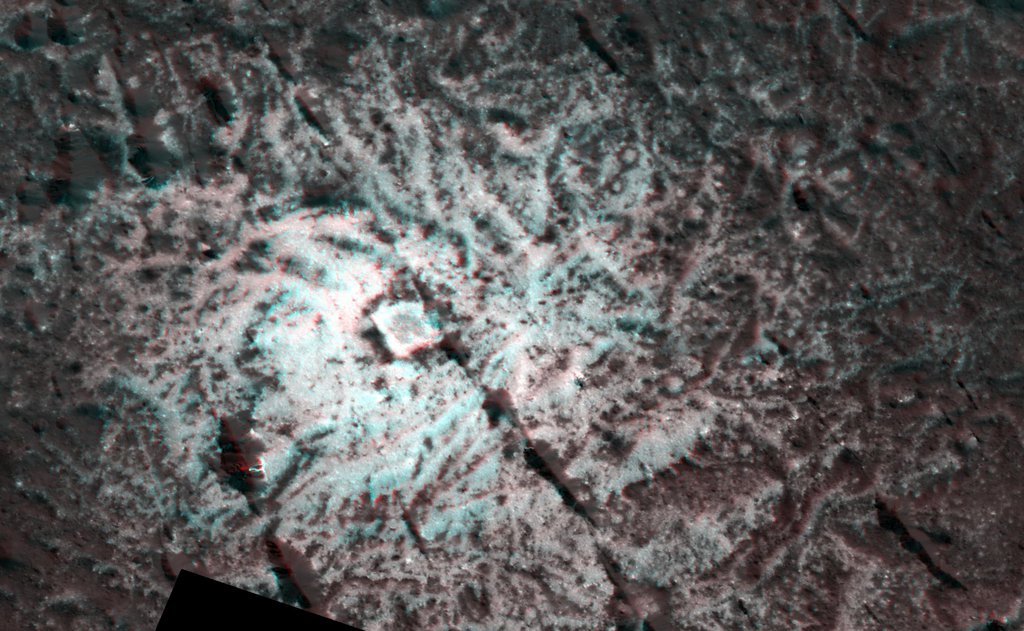 The Dawn spacecraft captured these stereo images of Occator Crater on the dwarf planet Ceres in 2018. Framing camera images were used to construct this anaglyph view (which requires red-blue stereo glasses for viewing) of part of the southeastern floor of the crater. This area is approximately 3 miles (5 kilometers) wide and is entirely within the large impact melt deposit formed there during the impact process. The low bright mounds and pits were probably formed by brine that moved to the surface to form surface vents and surface domes during freezing. The spatial resolution of the stereo images is about 11 feet (3.5 meters) per pixel. Occator crater, named after the Roman god of the agricultural practice of harrowing, is about 57 miles (92 kilometers) in diameter.