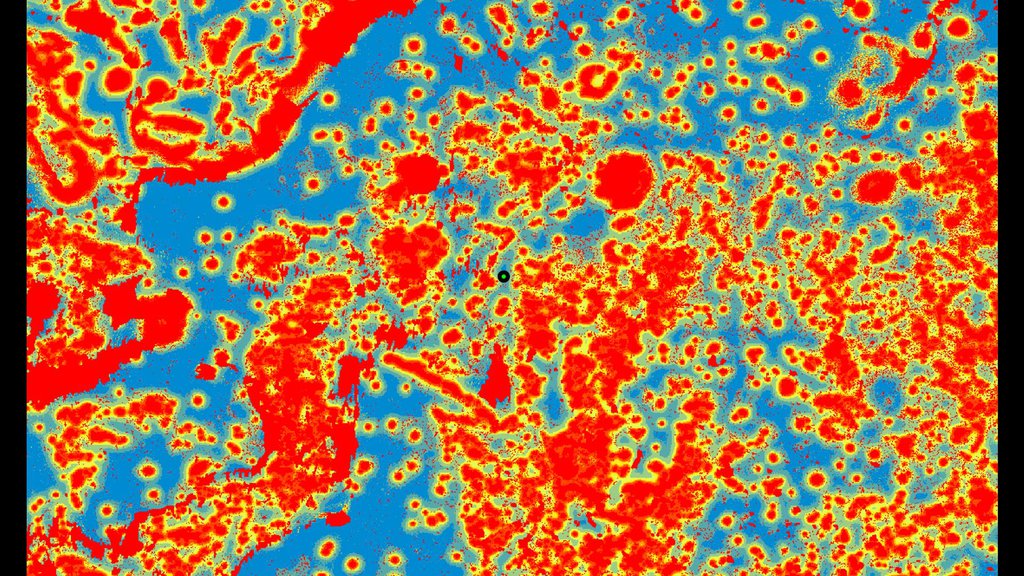 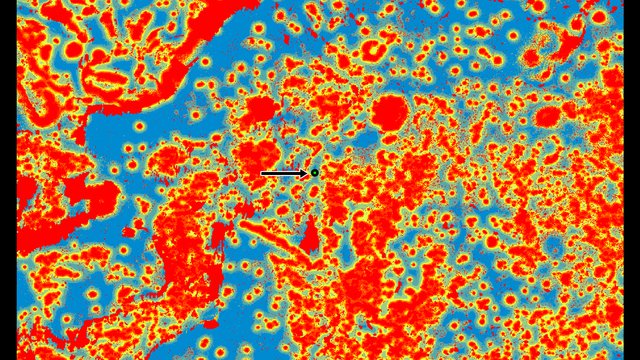 NASA's Perseverance rover was able to use its new Terrain-Relative Navigation technology to avoid hazards and find a safe place to land in Jezero Crater on Mars. In this graphic, the blue areas are considered safe zones and red are considered more dangerous. Perseverance's landing spot is marked with a green dot. A version with an arrow makes the landing site easier to see.