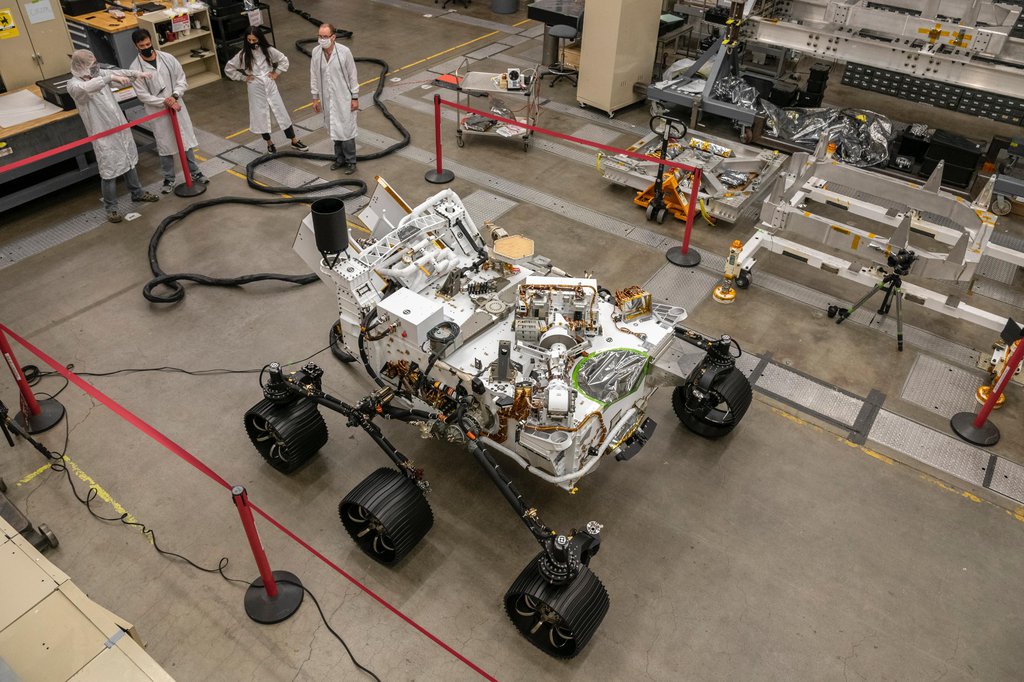 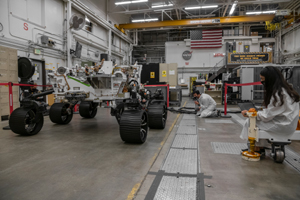 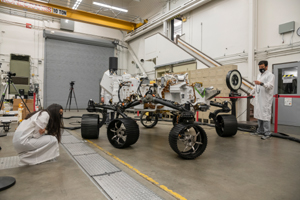 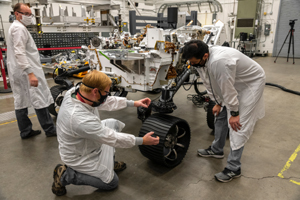 Engineers test drive the Earth-bound twin of NASA's Perseverance Mars rover for the first time in a warehouselike assembly room at the agency's Jet Propulsion Laboratory in Southern California on Sept. 1, 2020. This full-scale engineering version of Perseverance helps the mission team gauge how hardware and software will perform before they transmit commands to the real rover on Mars. This vehicle system test bed (VSTB) rover is also known as OPTIMISM (Operational Perseverance Twin for Integration of Mechanisms and Instruments Sent to Mars).

The Mars 2020 Perseverance astrobiology mission is part of America's larger Moon to Mars exploration approach that includes missions to the Moon as a way to prepare for human exploration of the Red Planet. Charged with sending the first woman and next man to the Moon by 2024, NASA will establish a sustained human presence on and around the Moon by 2028 through NASA's Artemis program.