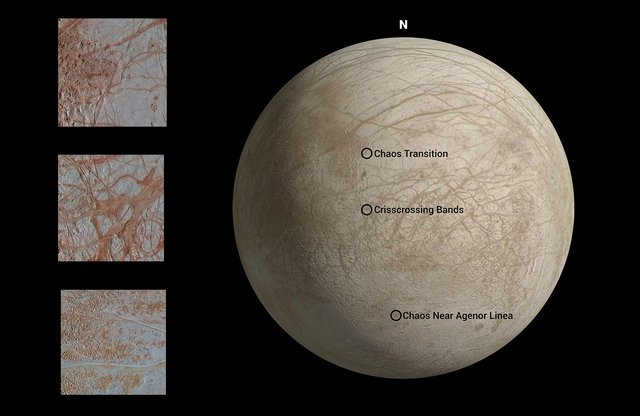 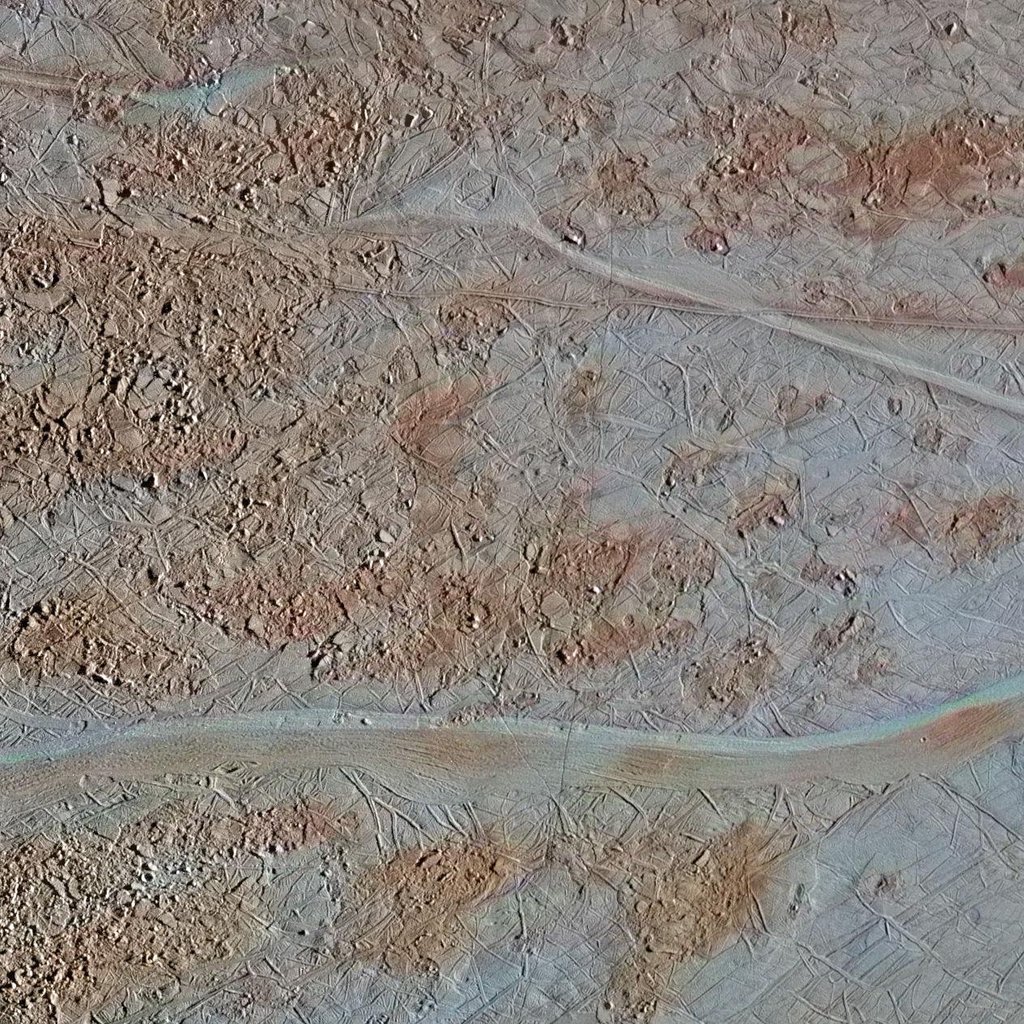 The surface of Jupiter's moon Europa features a widely varied landscape, including ridges, bands, small rounded domes and disrupted spaces that geologists called "chaos terrain." This newly reprocessed image, along with two others along the same longitude (see PIA23871 and PIA23872), were taken by NASA's Galileo spacecraft on Sept. 26, 1998, and reveal details of diverse surface features on Europa.

This image shows a region of blocky chaos terrain, where the surface has broken apart into many smaller chaos blocks that are surrounded by featureless matrix material. Many of the chaos blocks have moved sideways, rotated, or tilted before being refrozen into their new locations, and some larger blocks preserve features of the pre-existing terrain before it was broken up. Using these features as clues, scientists have been able to reconstruct some chaos regions like jjgsaw puzzles to track the motion of blocks.

Cutting through the chaos terrain near the bottom, from left to right, is a broad flat band. Called Agenor Linea, it is one of the longest bands on Europa and is distinctive for its two-color appearance, with a bright region at the top and a darker region below. Another rare bright band, Katreus Linea, cuts across the top portion of this image.

Figure 1 indicates the locations on Europa depicted in the newly processed images, with Chaos Near Agenor Linea shown at bottom. This image is centered approximately at -40.7 degrees south latitude, and 142.4 degrees east positive longitude.