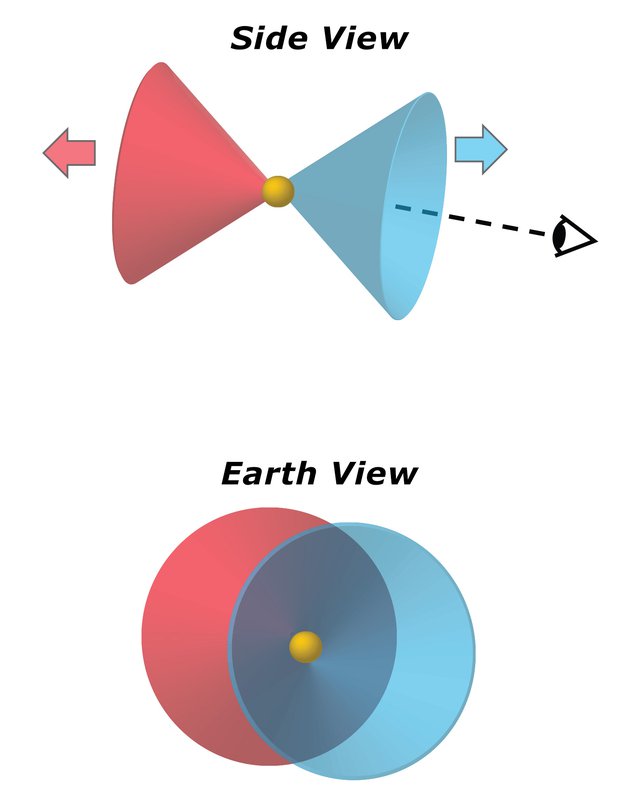 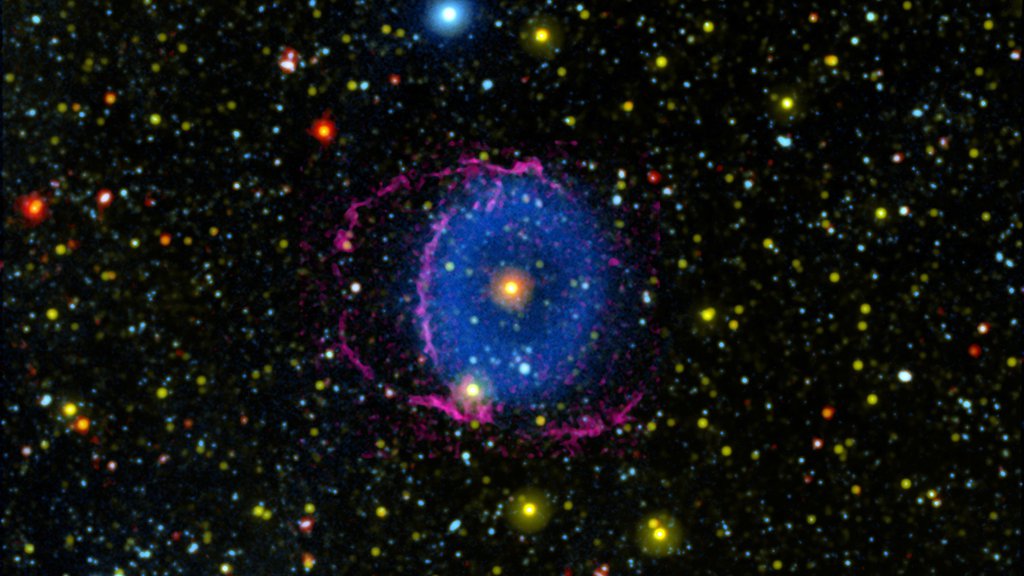 Infrared light observed by NASA's Wide-field Infrared Survey Explorer (WISE) is also shown in red, and is primarily emitted by the central star. Detailed analysis of the WISE data revealed a ring of debris around the star â€“ further evidence of a merger.