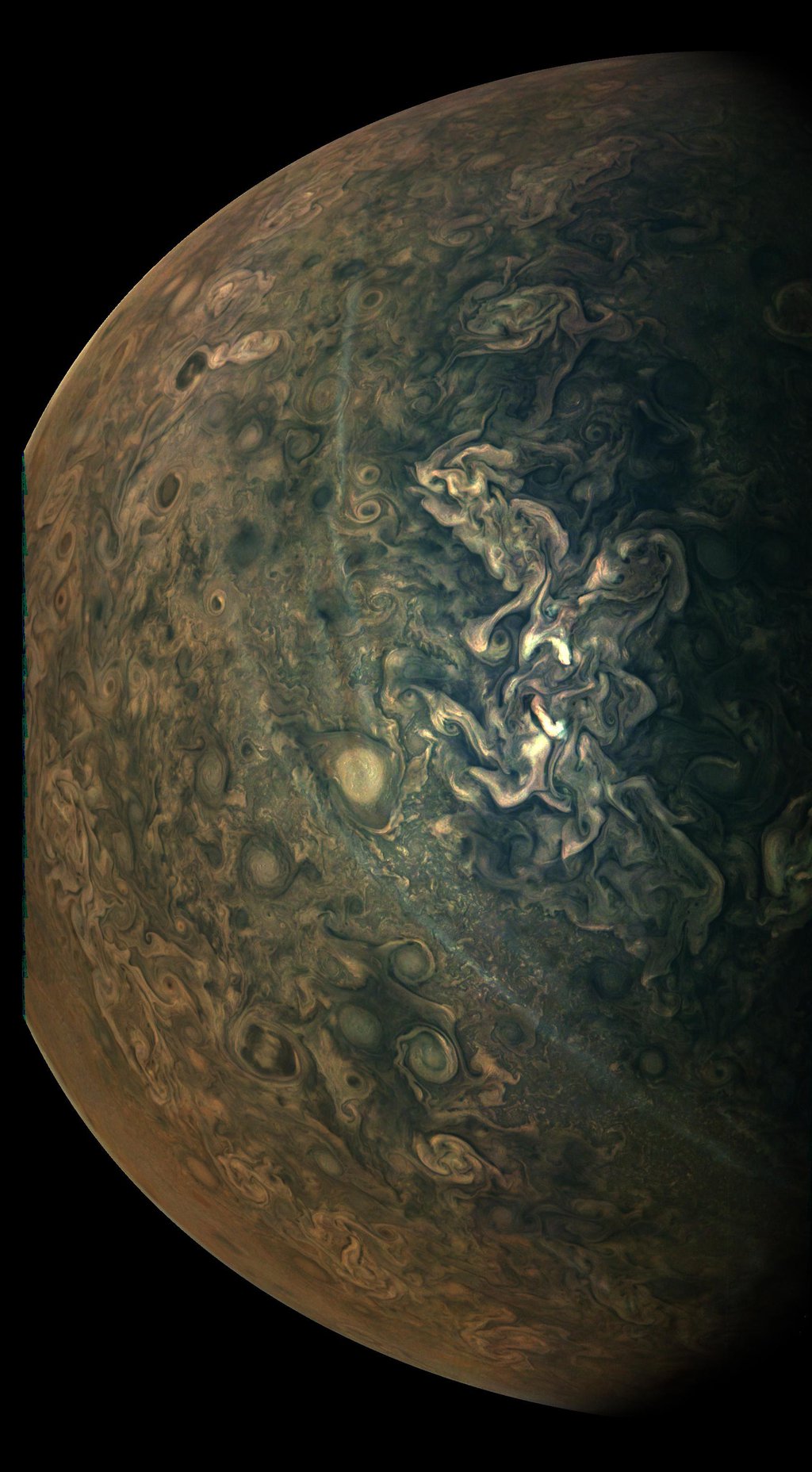 NASA's Juno mission captured this look at Jupiter's tumultuous northern regions during the spacecraft's close approach to the planet on Feb. 17, 2020.

Some notable features in this view are the long, thin bands that run through the center of the image from top to bottom. Juno has observed these long streaks since its first close pass by Jupiter in 2016. The streaks are layers of haze particles that float above the underlying cloud features. Scientists don't yet know exactly what these hazes are made of or how they form. Two jet streams in Jupiter's atmosphere flank either side of the region where the narrow bands of haze typically appear, and some researchers speculate those jet streams may influence the formation of the high hazes.