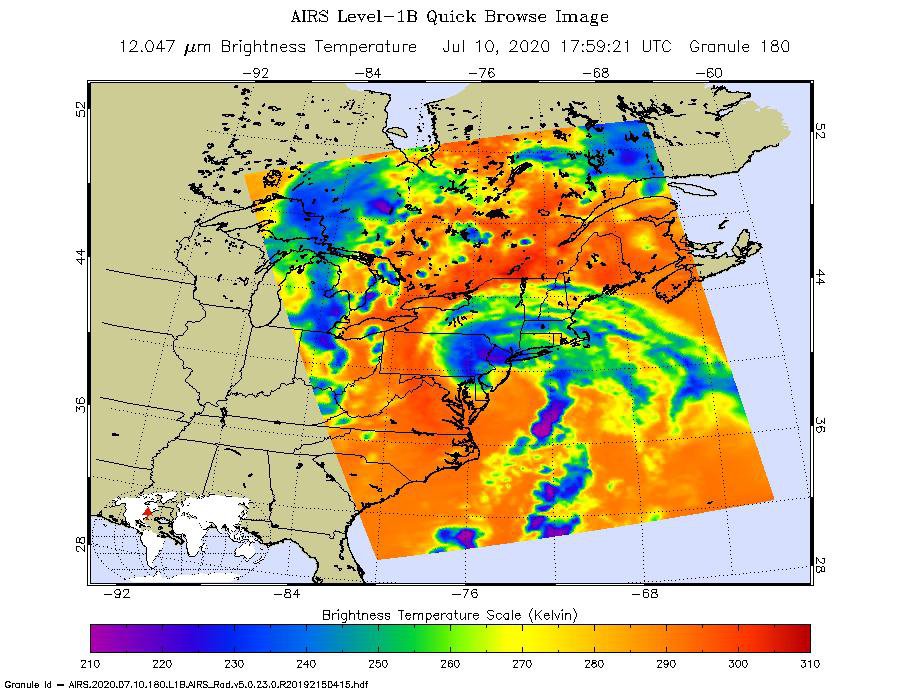 NASA's Atmospheric Infrared Sounder (AIRS) collected this image of Tropical Storm Fay over New England at around 2 p.m. local time on Friday, July 10. The center of the storm made landfall about 10 miles (15 kilometers) north-northeast of Atlantic City, New Jersey, at around 5 p.m. local time, when Fay had maximum sustained winds of around 50 mph (85 kph).

In the infrared AIRS image, the purple regions indicate very cold clouds lofted high into the atmosphere by the storm. These clouds are generally linked to heavy rainfall. Warmer clouds closer to the ground show up as green and blue, while the orange areas denote mostly cloud-free parts of the sky.