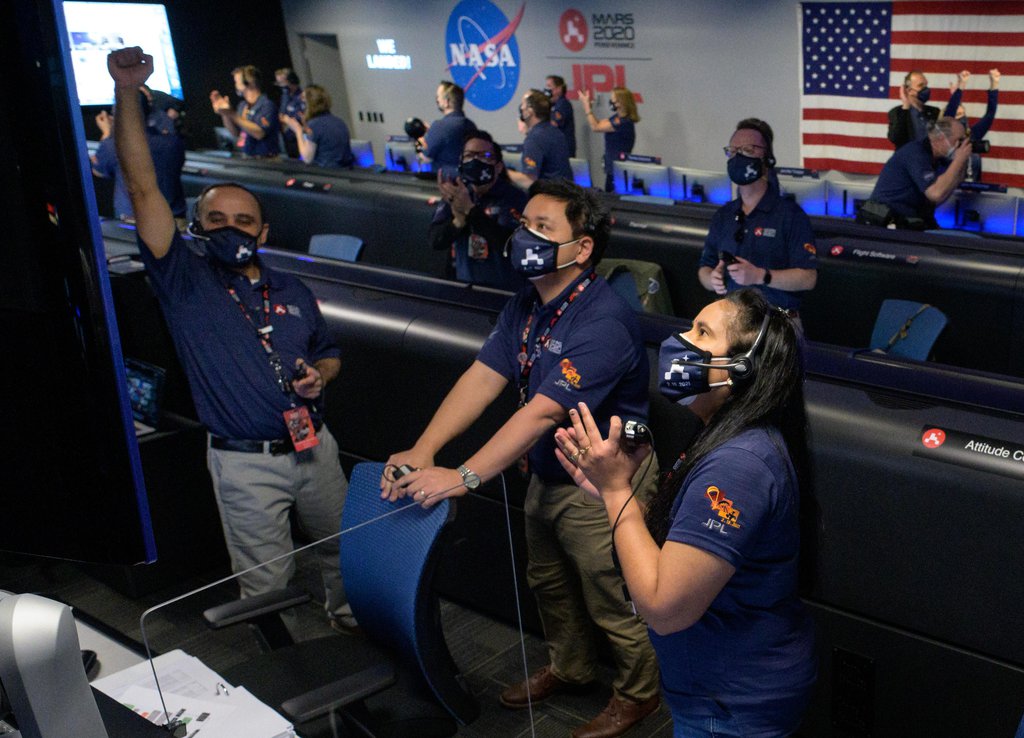 Inside Mission Control at NASA's Jet Propulsion Laboratory in Southern California, Mars 2020 Perseverance team members eagerly watched and waited while the spacecraft performed a complex series of steps before the rover safely landed on the Martian surface.