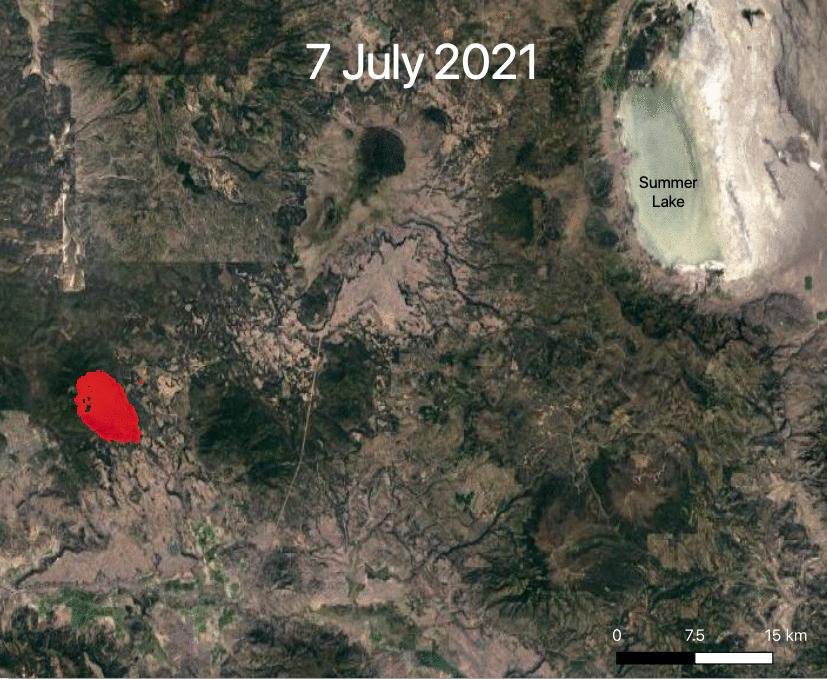 NASA's ECOsystem Spaceborne Thermal Radiometer Experiment on Space Station (ECOSTRESS) is aiding in the fight against fires in the Western U.S. As of July 27, 2021, the Bootleg Fire in southern Oregon had ballooned to more than 410,000 acres, damaging hundreds of buildings and vehicles in its path.

ECOSTRESS measures surface temperature from the vantage point of the International Space Station. Researchers of the RADR-Fire team at Pacific Northwest National Laboratory have been experimenting with ECOSTRESS data as part of a new tool now being implemented for first responders like the U.S. Forest Service.

In the visualization, ECOSTRESS is tracking the movement of the Bootleg Fire between July 7 and July and identifying its proximity to critical infrastructure — areas in red represent the hottest pixels ECOSTRESS detected. The extreme heat in those areas indicates the fire front, or where resources are most needed.