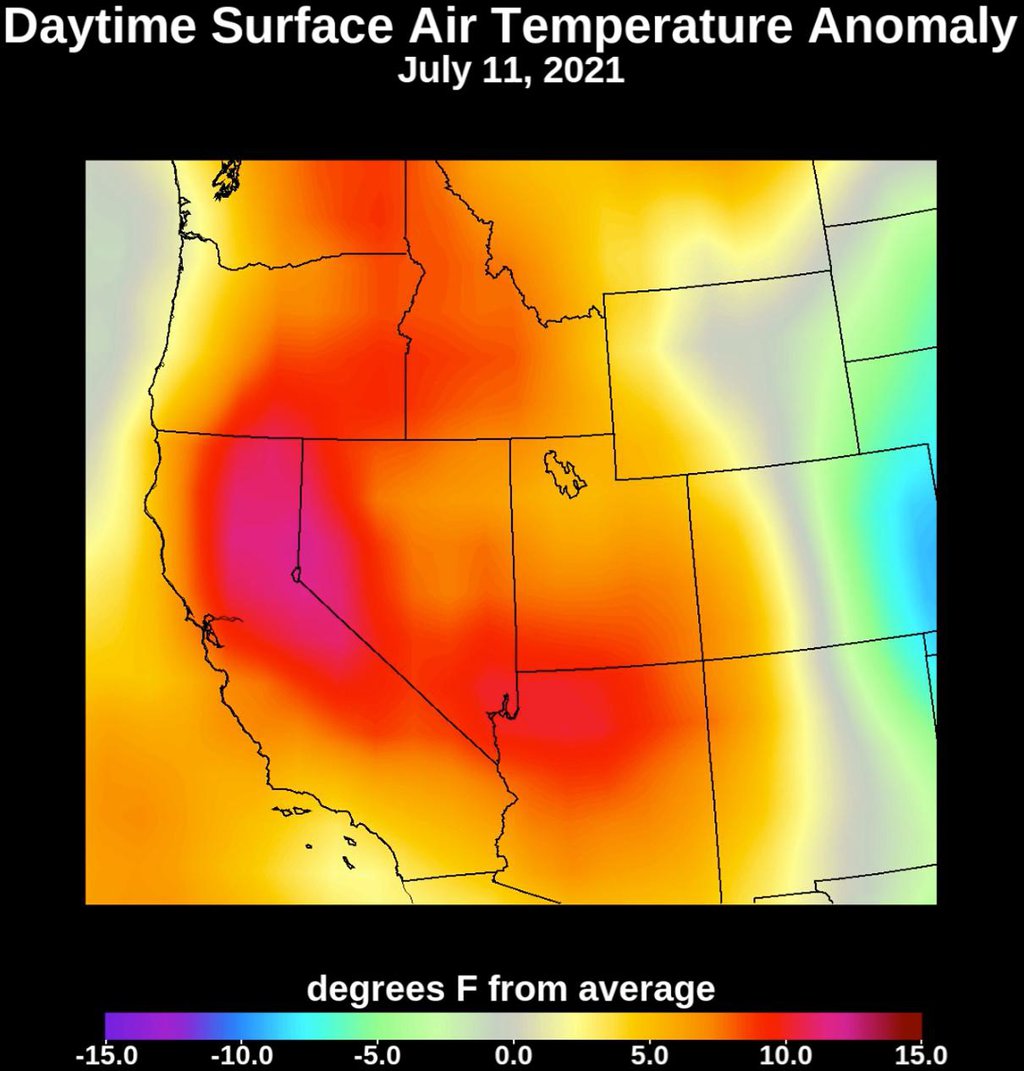 Collecting temperature readings in the atmosphere and at the surface, NASA's Atmospheric Infrared Sounder (AIRS) instrument aboard the agency's Aqua satellite captured the progression of a slow-moving heat dome across the southwestern U.S. from July 1 to July 12, 2021. The animation of the AIRS data shows surface air temperature anomalies – values above or below long-term averages. The hottest areas, shown in pink, experienced surface air temperatures more than 10 degrees Fahrenheit (5.6 degrees Celsius) above average. Surface air temperature is something that people directly feel when they are outside.