InSight Prepares to Push on the Mole 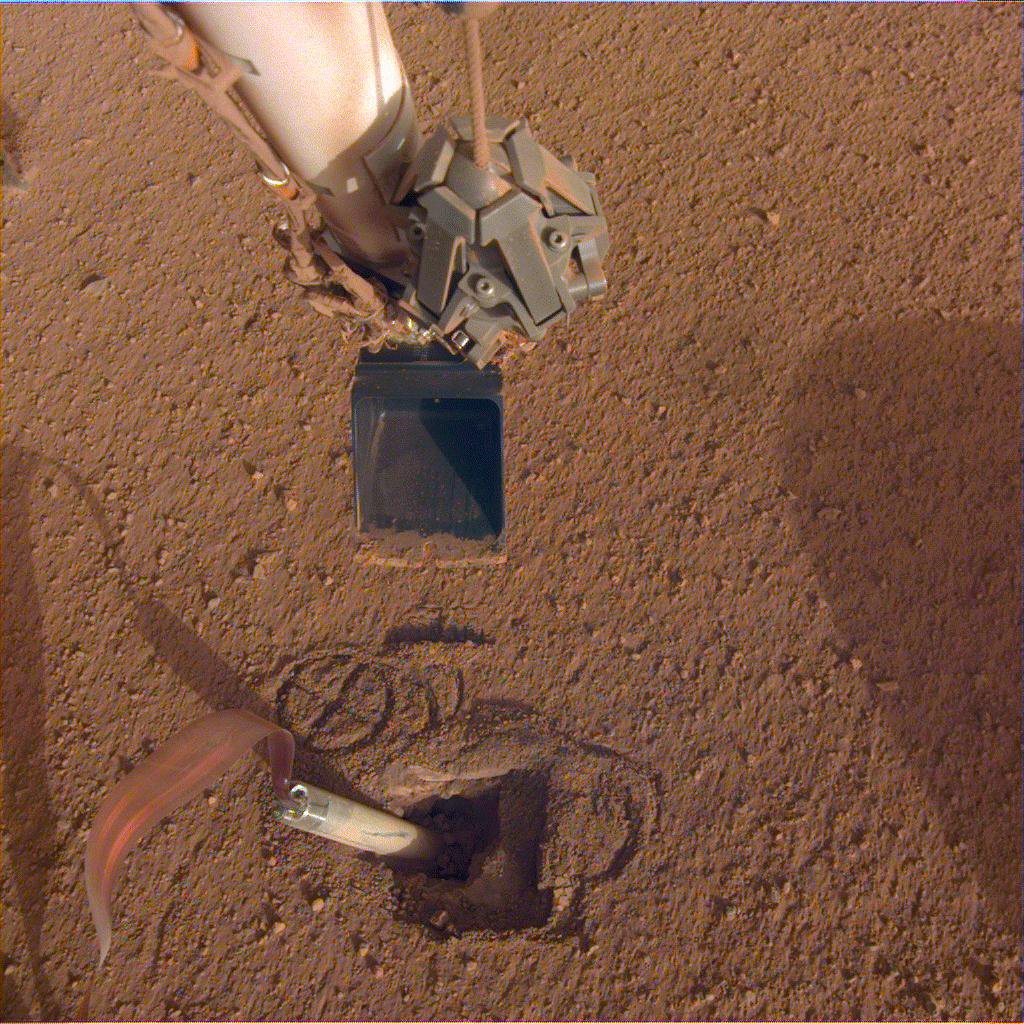 NASA's Mars InSight lander recently moved its robotic arm closer to the heat probe's digging device, called the "mole," in preparation to push on its top, or back cap. The InSight team hopes that pushing on this location will help the mole it bury itself and enable the heat probe to take Mars' temperature.