Robotic Arm Pushes on a Model of the Mole 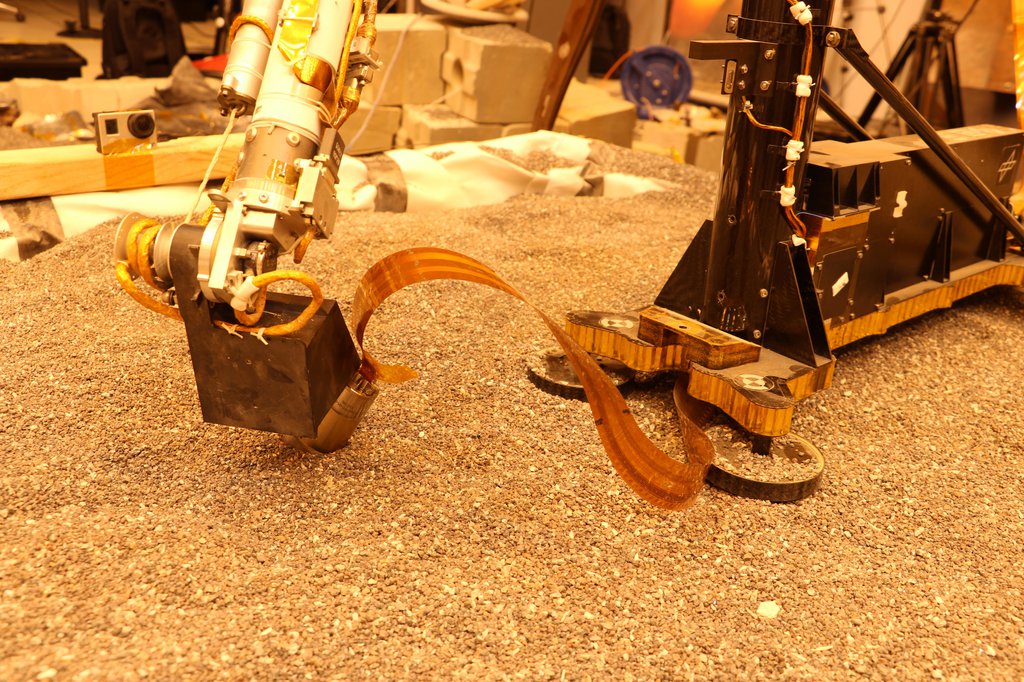 This test using an engineering model of the InSight lander here on Earth shows how the spacecraft on Mars will use its robotic arm to press on a digging device, called the "mole."