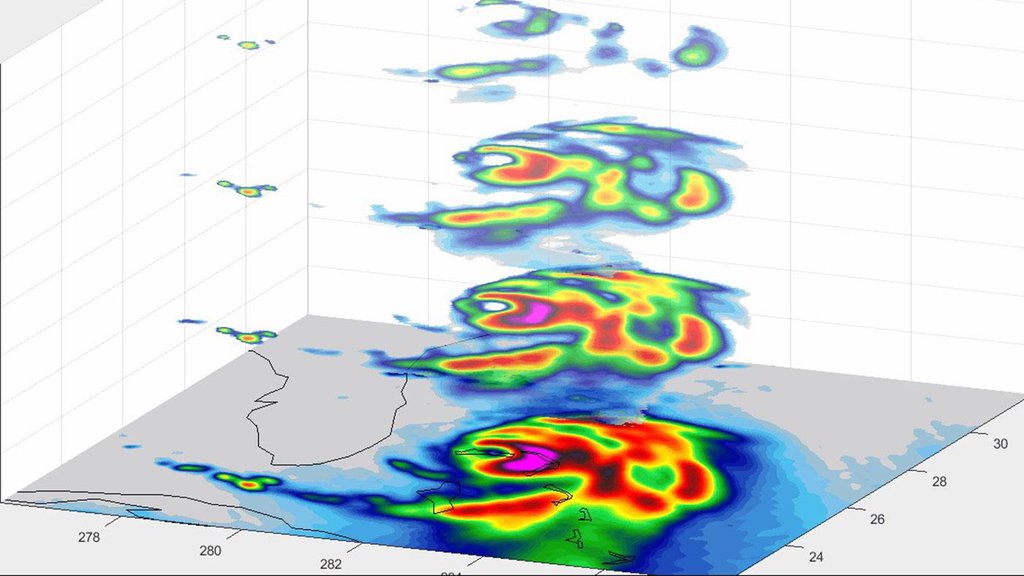 In this animation, TEMPEST-D — a weather-observing satellite the size of a cereal box — captured imagery of Hurricane Dorian off the coast of Florida at 2 a.m. EDT on Sep. 3, 2019 (11 p.m. PDT on Sept. 2, 2019). At a vantage point 250 miles (400 kilometers) above the storm, the CubeSat used its miniaturized radio-wave-based instrument to see through the clouds, revealing different depths of the hurricane with areas with heavy rainfall and moisture being pulled into the storm. The green colors indicate moisture spiraling into the storm's center, and the yellow, red and pink areas correspond to the most intense rainfall.

TEMPEST-D — short for Temporal Experiment for Storms and Tropical Systems Demonstration — is an experiment in shrinking weather satellites to a size that makes them inexpensive enough to produce in multiples. The goal is eventual real-time storm coverage with many small satellites that can track storms around the world.