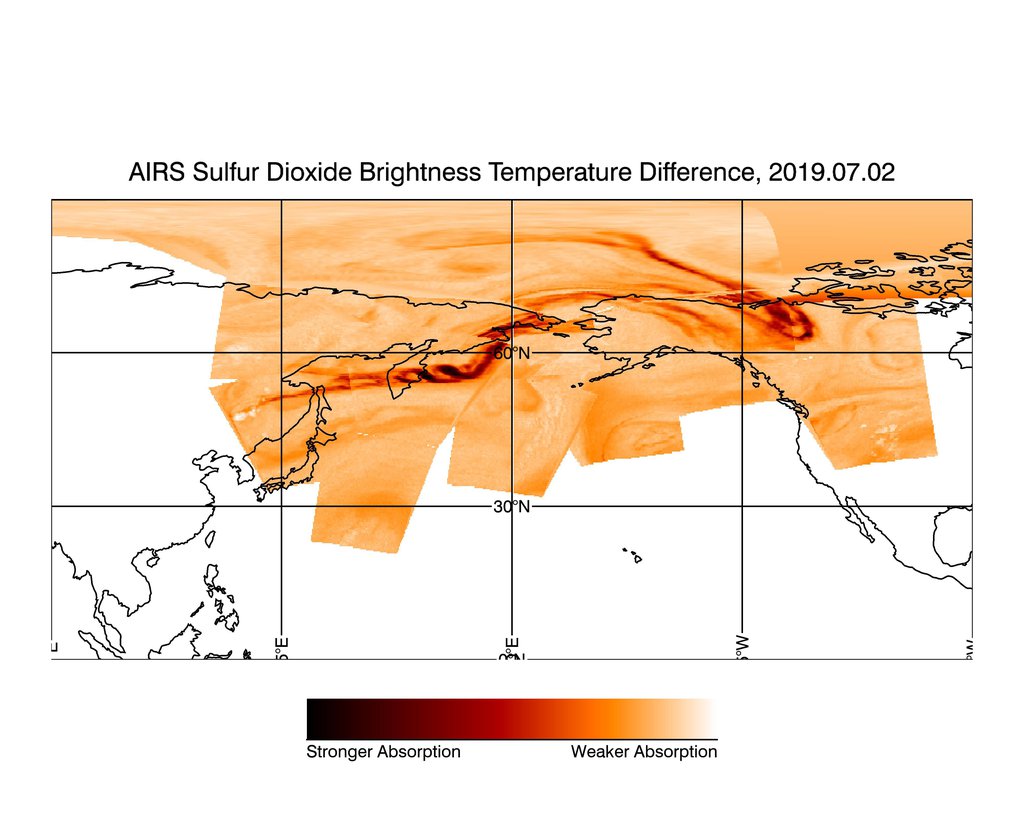 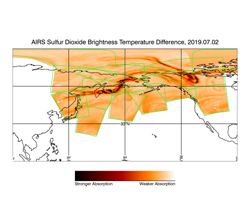 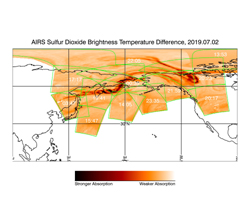 Dormant since 1924, the Raikoke Volcano on Russia's Kuril Islands began erupting on June 22, 2019. In this image made with data from the Atmospheric Infrared Sounder on NASA's Aqua satellite, sulfur dioxide (SO2) in the volcanic plume is observed over several overpasses on July 2, 2019, days after the Raikoke volcanic eruption.

SO2 absorbs infrared radiance emitted from Earth's surface and the lower atmosphere in proportion with the quantity of SO2 present in the plume. Areas with higher quantities of sulfur dioxide are shown in dark red while areas with lower quantities of sulfur dioxide are shown in light orange. Areas where data was not included in the image, due to the lack of plume in those regions, are shown in white. The image combines multiple granules of AIRS data taken throughout the day. Each data granule collected by the instrument is outlined in green, with its corresponding time stamp (in UTC) printed in white.