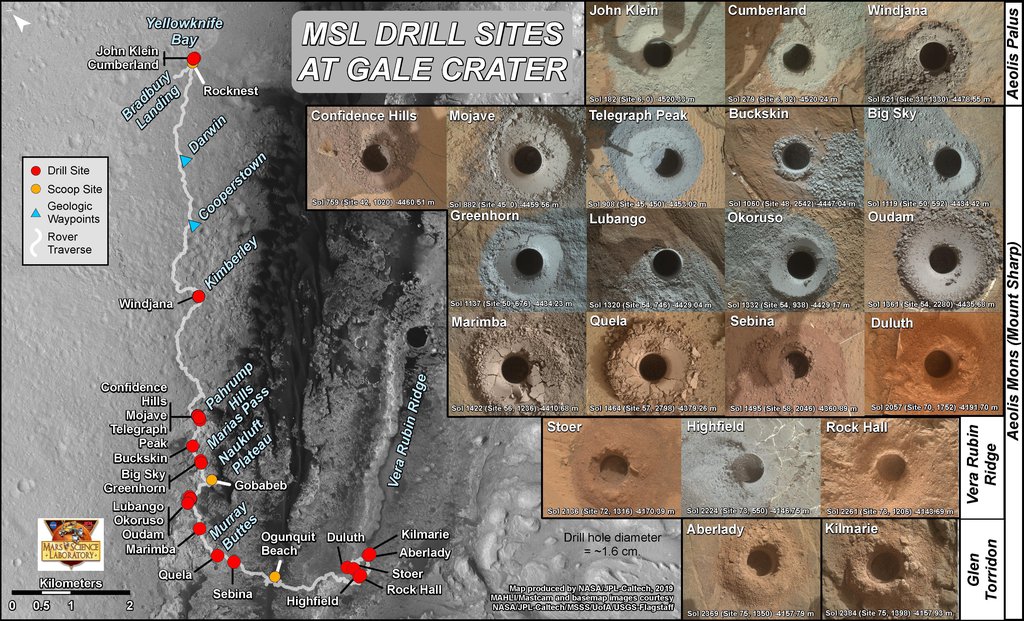 This graphic maps locations of the sites where NASA's Curiosity Mars rover collected its rock and soil samples for analysis by laboratory instruments inside the vehicle. It also presents images of the drilled holes where 21 rock-powder samples were acquired.

The diameter of each drill hole is about 0.6 inch (1.6 centimeters), slightly smaller than a U.S. dime. The images used here are raw color, as recorded by the rover's Mars Hand Lens Imager (MAHLI) camera. Notice the differences in color of the material at different drilling sites.

For the map, north is toward upper left corner. The scale bar represents 2 kilometers (1.2 miles). The base map is from the High Resolution Imaging Science Experiment (HiRISE) camera on NASA's Mars Reconnaissance Orbiter.