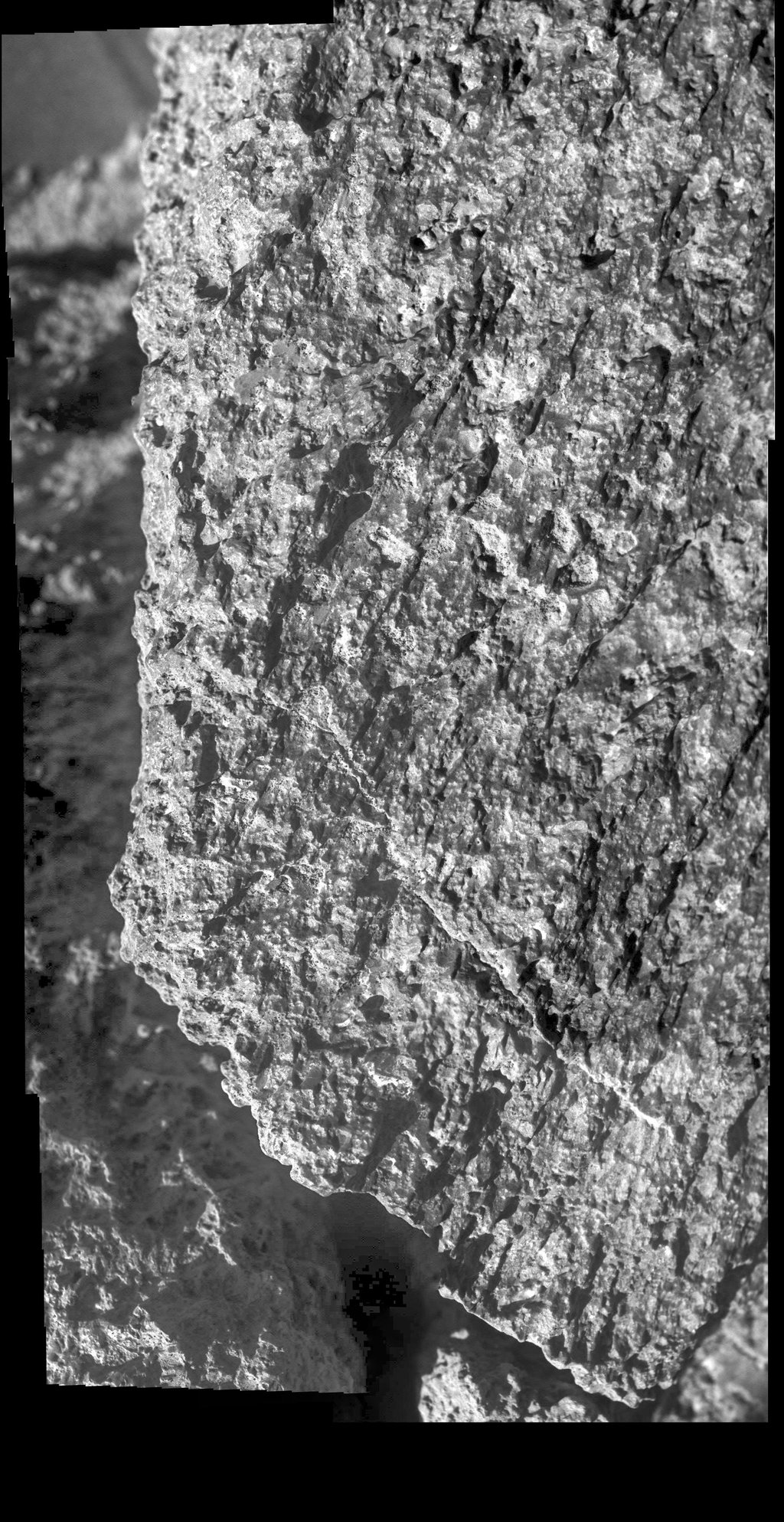 NASA's Opportunity rover used its Microscopic Imager to take a picture of this rock nicknamed "Jornada del Muerto" while in Perseverance Valley. The wind-carved streaks along its face were very similar to rocks seen at the rim of Endeavour Crater earlier in Opportunity's mission.

This scene is about 2 inches (5 centimeters) wide. "Jornada del Muerto" (roughly translated: "Dead Man's Journey") was one of the stops along the El Camino Real route used for centuries by Spanish and Mexican colonists to reach New Mexico from Mexico, and used by the Opportunity team to name rocks and features in Perseverance Valley.