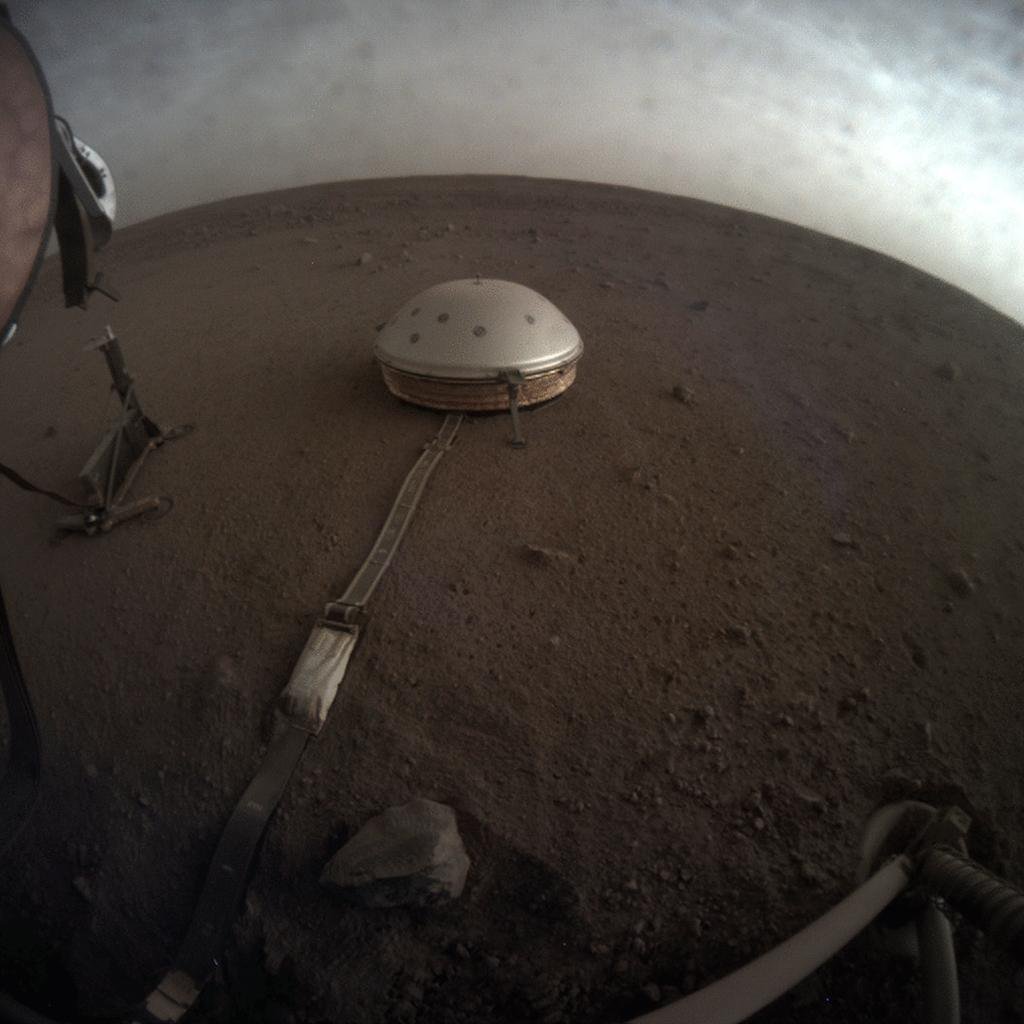 NASA's InSight used its Instrument Context Camera (ICC) beneath the lander's deck to image these drifting clouds at sunset. This series of images was taken on April 25, 2019, the 145th Martian day, or sol, of the mission, starting at around 6:30 p.m. Mars local time.