InSight's Seismometer on the Martian Surface 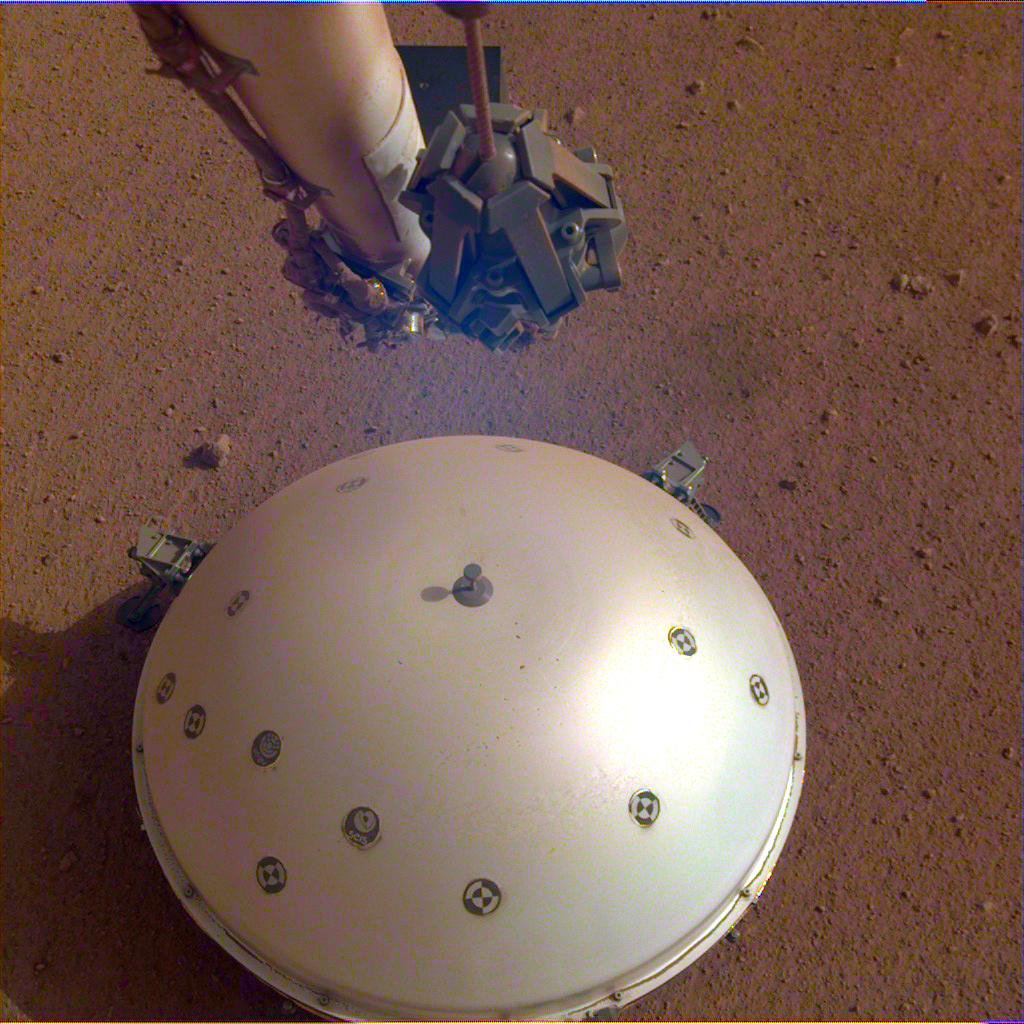 This image shows InSight's domed Wind and Thermal Shield, which covers its seismometer. The image was taken on the 110th Martian day, or sol, of the mission. The seismometer is called Seismic Experiment for Interior Structure, or SEIS.