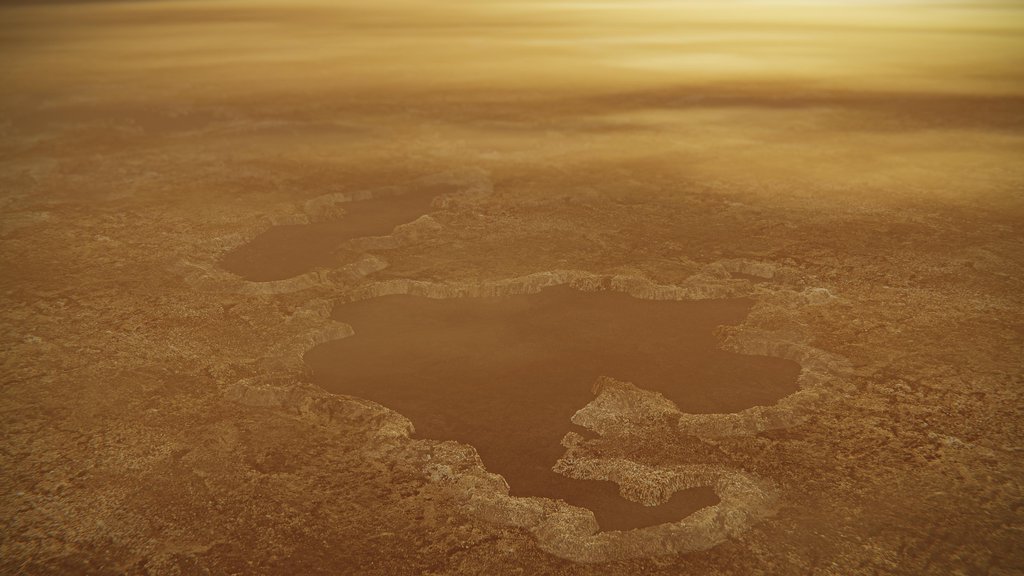 This artist's concept of a lake at the north pole of Saturn's moon Titan illustrates raised rims and rampartlike features such as those seen by NASA's Cassini spacecraft around the moon's Winnipeg Lacus. New research using Cassini radar data and modeling proposes that lake basins like these are likely explosion craters, which could have formed when liquid molecular nitrogen deposits within the crust warmed and quickly turned to vapor, blowing holes in the moon's crust. This would have happened during a warming event (or events) that occurred in a colder, nitrogen-dominated period in Titan's past. The new research may provide evidence of these cold periods in Titan's past, followed by a relative warming to conditions like those of today. Although Titan is frigid compared to Earth, methane in the atmosphere provides a greenhouse effect that warms the moon's surface.