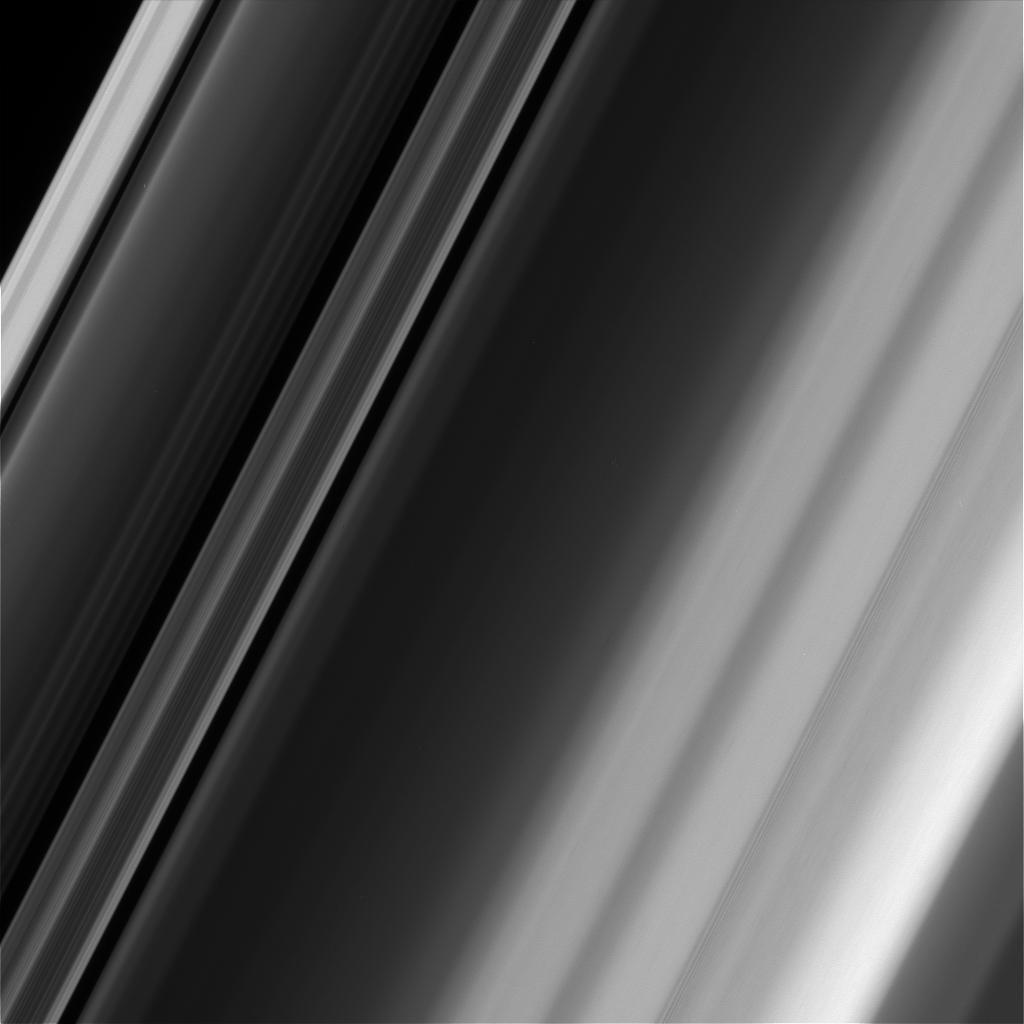 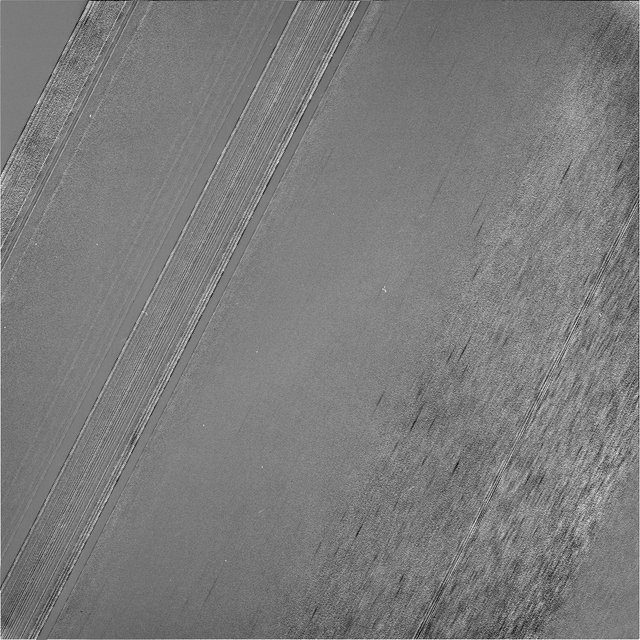 This image of Saturn's rings, along with the supplemental version in Figure 1, illustrates how textures in the rings can differ, even in close proximity. To create Figure 1, the image was filtered — a process of averaging and then subtracting the major brightness variations across the scene, to show more local structures and textures. In Figure 1, feathery texture is apparent in the "triple hump" region of the Cassini Division toward the right side of the image (so named for its three brightness peaks) but not surrounding regions.