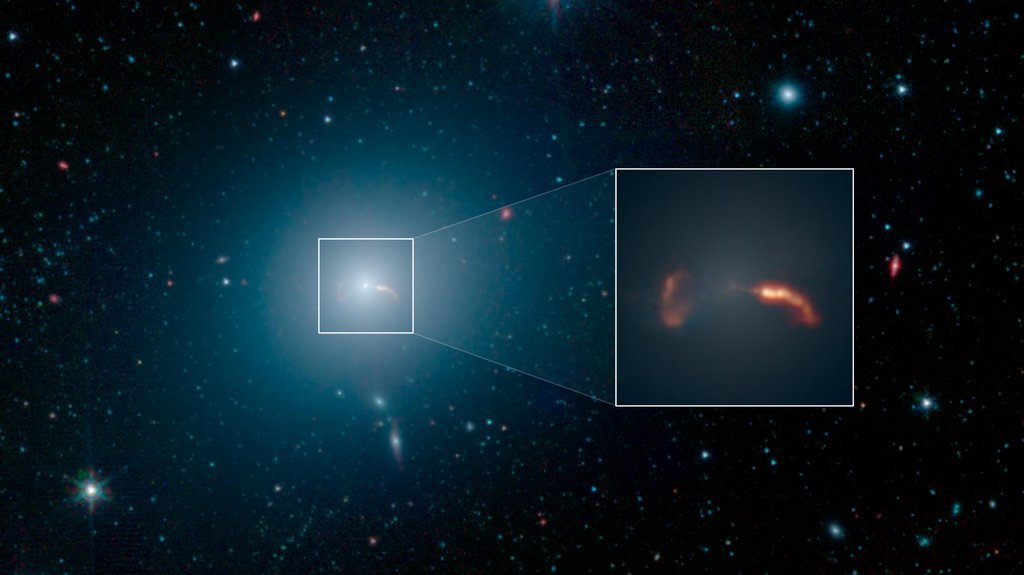 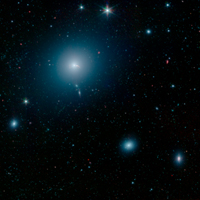 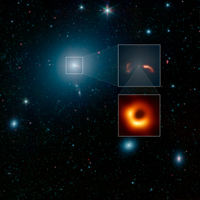 In Figure 1, this image from NASA's Spitzer Space Telescope shows M87 looks like a hazy, blue space-puff. At the galaxy's center is a supermassive black hole that spews two jets of material out into space. Figure 2 shows a wide-field image of M87, also taken by NASA's Spitzer Space Telescope. The top inset shows a close-up of two shockwaves, created by a jet emanating from the galaxy’s supermassive black hole. The Event Horizon Telescope recently took a close-up image of the silhouette of that black hole, shown in the second inset.