Away from Mars, With Sunburst 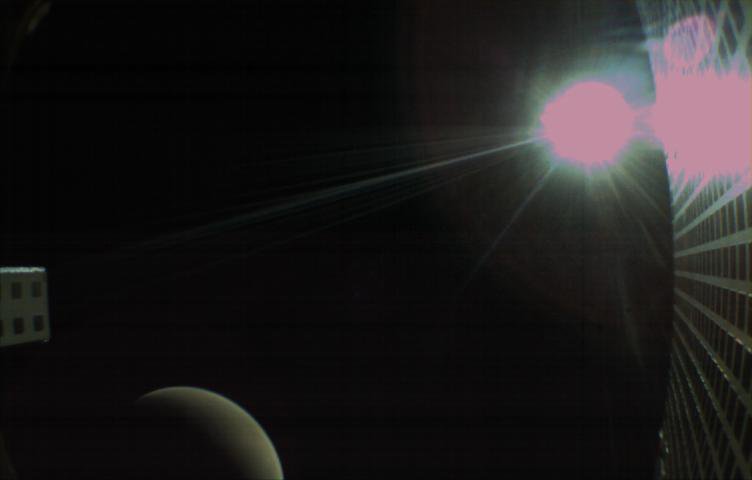 Mars' south pole is facing the viewer in this image. MarCO-B's antenna reflector is on the right and antenna feed (white rectangle with gold square) is on the left. The Sun at upper right overexposed part of the image. This image was taken after PIA22833 and shortly before PIA22834.