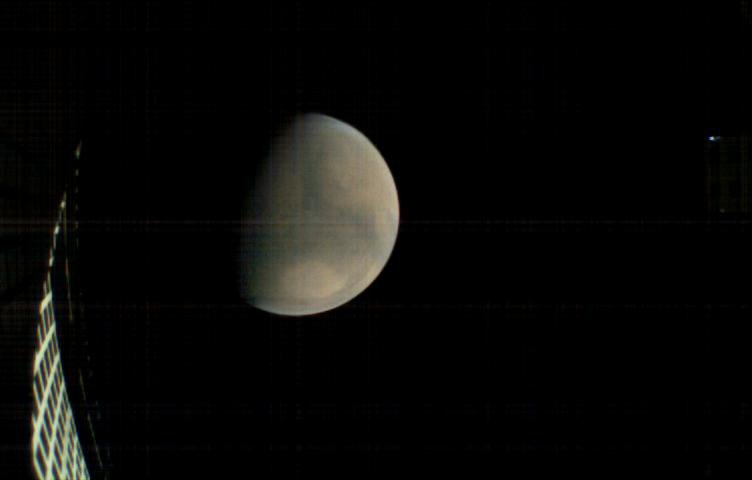 MarCO-B, one of the experimental Mars Cube One (MarCO) CubeSats, took this image of Mars from about 11,300 miles (18,200 kilometers) away shortly before NASA's InSight spacecraft landed on Mars on Nov. 26, 2018. MarCO-B flew by Mars with its twin, MarCO-A, to serve as communications relays for InSight spacecraft as it touched down around noon PST (3 p.m. EST). This image was taken at 10:35 a.m. PST (1:35 p.m. EST).

Mars' north pole is at the top. A lighter-toned circular feature known as Hellas Basin is visible in the southern hemisphere. MarCO-B's antenna reflector can be seen at left. The blue dot on the right is a glint of sunlight off the antenna feed (not visible in the picture).