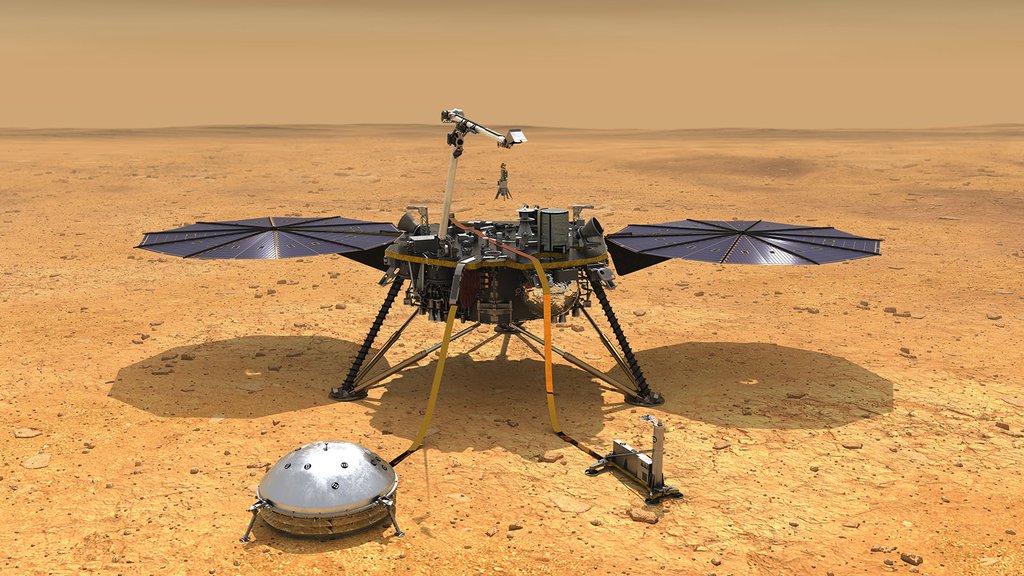 This artist's concept depicts NASA's InSight lander after it has deployed its instruments on the Martian surface. A version of the illustration depicts the smooth, flat ground that dominates InSight's landing ellipse in the Elysium Planitia region of Mars.