First Image of Mars from a CubeSat 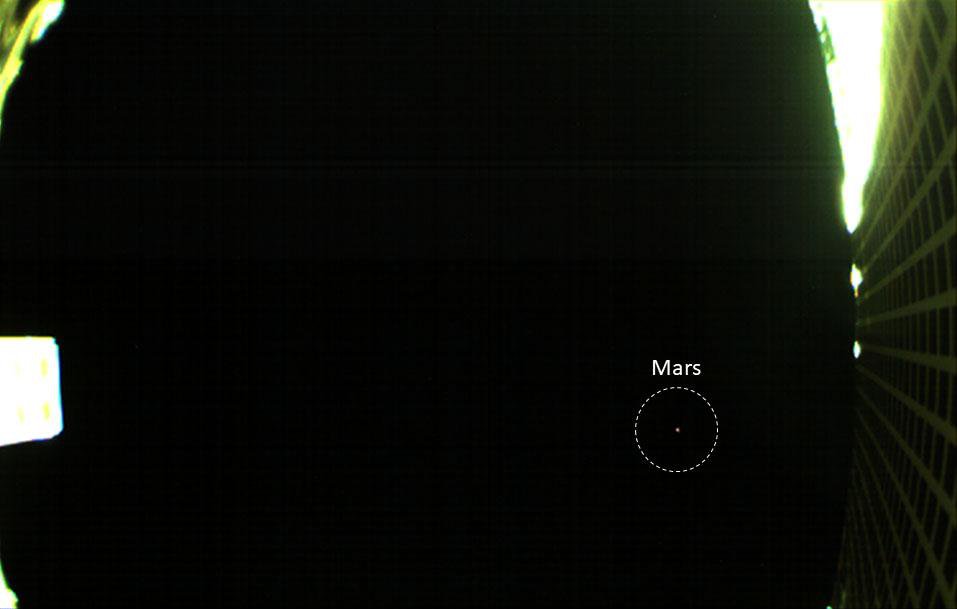 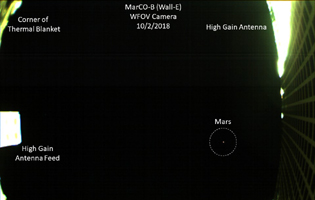 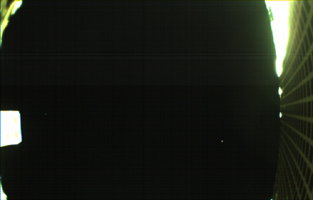 One of NASA's twin MarCO spacecraft took this image of Mars on October 2. This is the first time a CubeSat -- a kind of low-cost, briefcase-sized spacecraft -- has done so.

The image was taken as a test of exposure settings. The MarCO mission, led by NASA's Jet Propulsion Laboratory in Pasadena, California, hopes to produce more images as the CubeSats approach Mars ahead of Nov. 26. That's when they'll demonstrate their communications capabilities while NASA's InSight spacecraft attempts to land (InSight won't rely on them, however; NASA's Mars orbiters will be relaying the spacecraft's data back to Earth).

A wide-angle camera on top of MarCO-B produced the image of Mars. The camera looks straight up from the deck of the CubeSat. Parts related to the spacecraft's high-gain antenna are visible on either side of the image.

Mars appears as a small red dot at the right of the image. In order to take the image, the team had to program the CubeSat to rotate in space so that the deck of its boxy "body" was pointing at Mars. Both CubeSats normally fly with their high-gain antennas above them, like the mast on a ship.