Hurricane Florence as Seen from a CubeSat 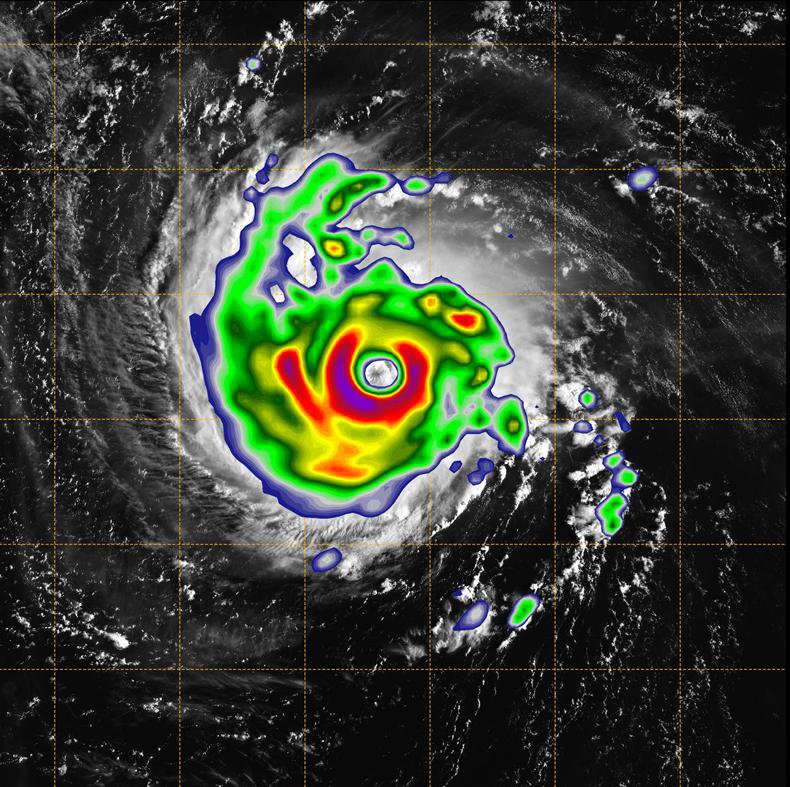 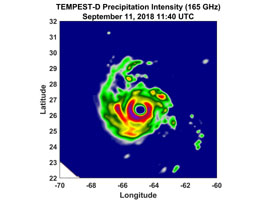 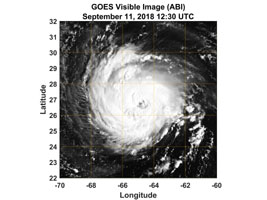 This animation combines the TEMPEST-D (Temporal Experiment for Storms and Tropical Systems Demonstration) data with a visual image of the storm from NOAA's GOES (Geoweather Operational Environmental Satellite) weather satellite.

The brightly colored image taken by the small, experimental satellite TEMPEST-D (Temporal Experiment for Storms and Tropical Systems Demonstration) captures Hurricane Florence over the Atlantic Ocean on Sept. 11, 2018. A miniaturized microwave radiometer onboard TEMPEST-D reveals the eye of the storm surrounded by towering, intense rain bands. The green areas highlight the extent of the rain being produced by the storm, with the most intense rain shown in the yellow and red areas. The TEMPEST-D data is contrasted with a visible image of Florence taken by the GOES weather satellite, which shows the familiar cyclone-shaped clouds of the storm, but doesn't reveal what's inside.