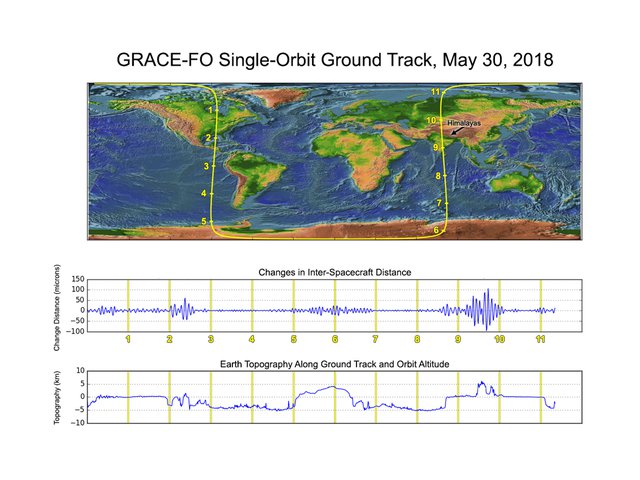 Along the satellites' ground track (top), the inter-spacecraft distance between them changes as the mass distribution underneath (i.e., from mountains, etc.) varies. The small changes measured by the Microwave Ranging Instrument (middle) agree well with topographic features along the orbit (bottom).