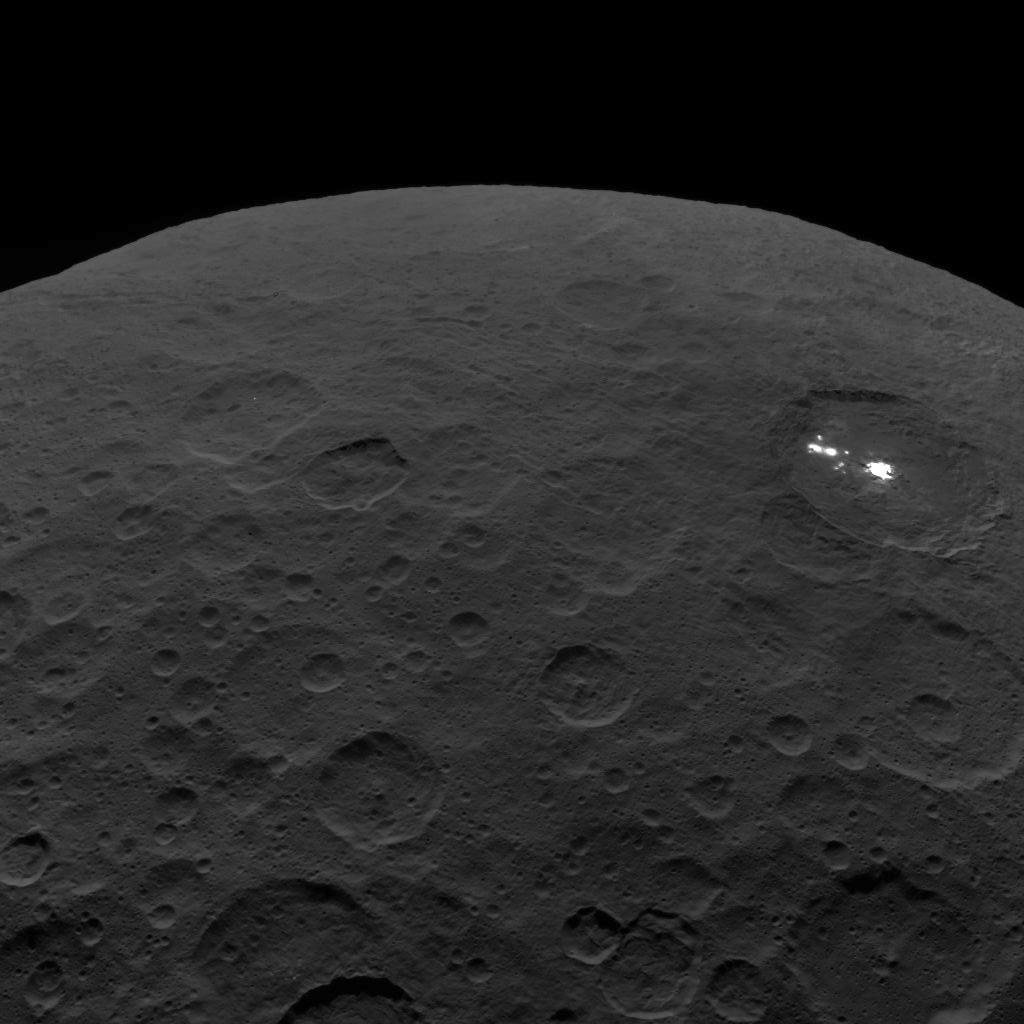 This photo of Ceres and the bright regions in Occator Crater was one of the last views NASA's Dawn spacecraft transmitted before it depleted its remaining hydrazine and completed its mission.

This view, which faces south, was captured on Sept. 1, 2018 at an altitude of 2,340 miles (3,370 kilometers) as the spacecraft was ascending in its elliptical orbit. At its lowest point, the orbit dipped down to only about 22 miles (35 kilometers), which allowed Dawn to acquire very high-resolution images in this final phase of its mission. Some of the close-up images of Occator Crater are shown here.

Occator Crater is 57 miles (92 kilometers) across and 2.5 miles (4 kilometers) deep and holds the brightest area on Ceres, Cerealia Facula in its center and Vinalia Faculae in its western side. This region has been the subject of intense interest since Dawn's approach to the dwarf planet in early 2015.