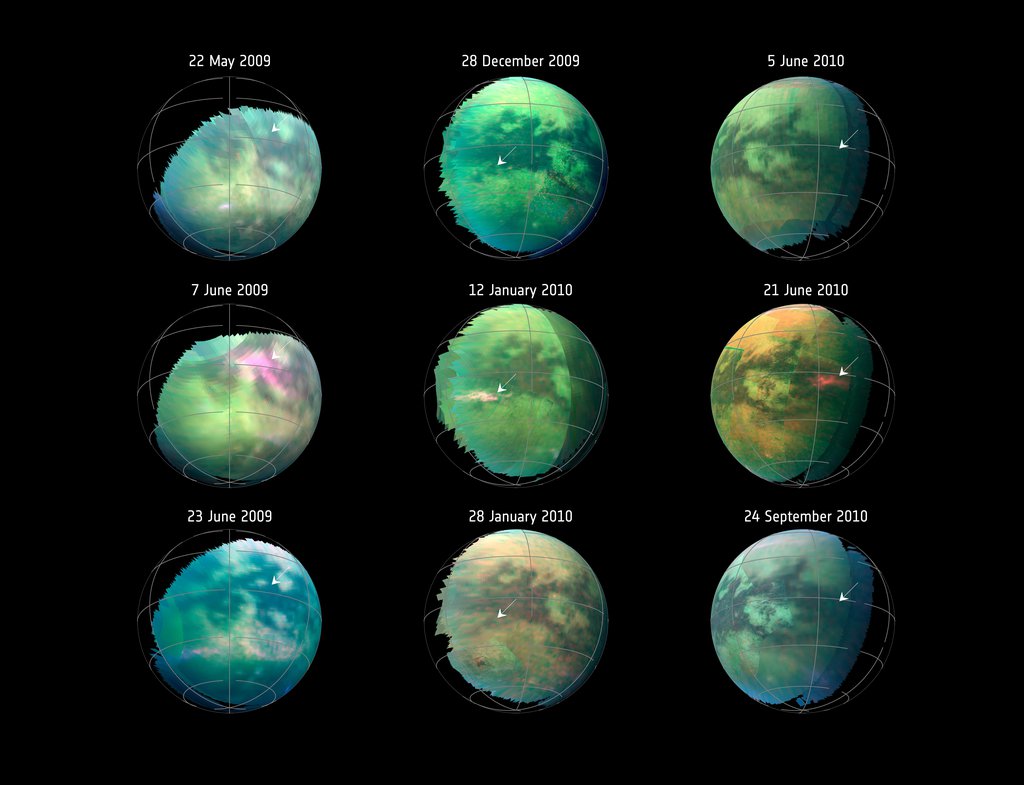 This compilation of images from nine Cassini flybys of Titan in 2009 and 2010 captures three instances when clear bright spots suddenly appeared in images taken by the spacecraft's Visual and Infrared Mapping Spectrometer. The brightenings were visible only for a short period of time -- between 11 hours to five Earth weeks -- and cannot be seen in previous or subsequent images.