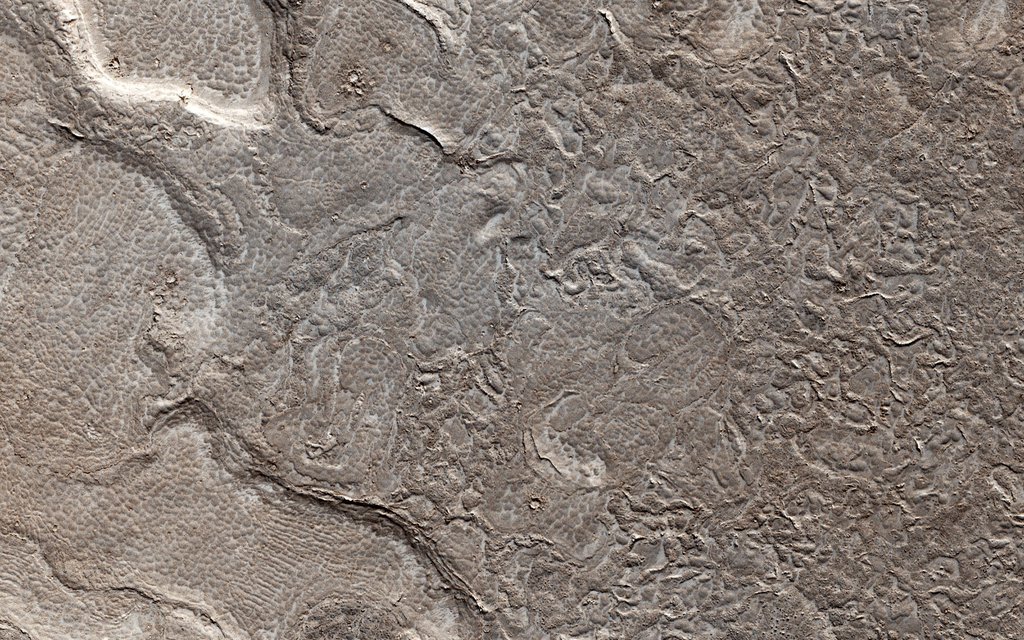 This image from NASA's Mars Reconnaissance Orbiter (MRO) shows remarkably young lava flows in Elysium Planitia. There are almost no impact craters over this flow, indicating that it is probably only a few million years old -- practically an infant in geologic time.