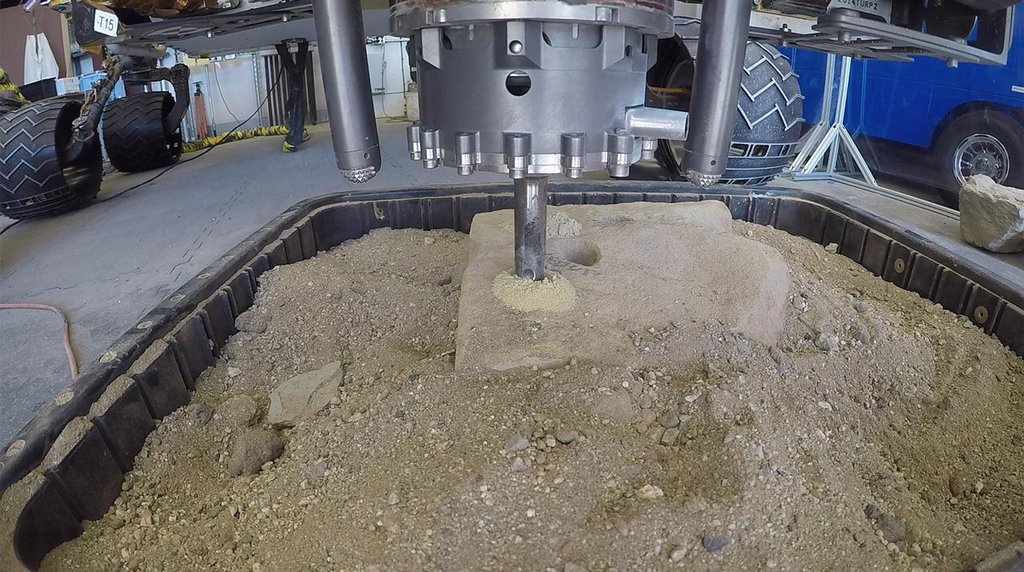 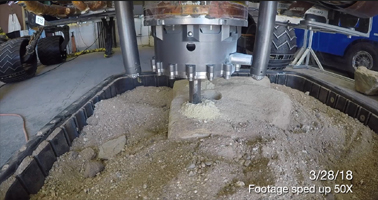 This video clip shows a test of a new percussive drilling technique at NASA's Jet Propulsion Laboratory in Pasadena, California. On May 19, NASA's Curiosity rover is scheduled to test percussive drilling on Mars for the first time since December 2016.

Curiosity's drill was designed to pulverize rock samples into powder, which can then be deposited into two chemistry laboratories carried inside of the rover. Curiosity's science team is eager to have the rover using percussive drilling again; it will approach a clay-enriched area later this year that could shed new light on the history of water in Gale Crater.