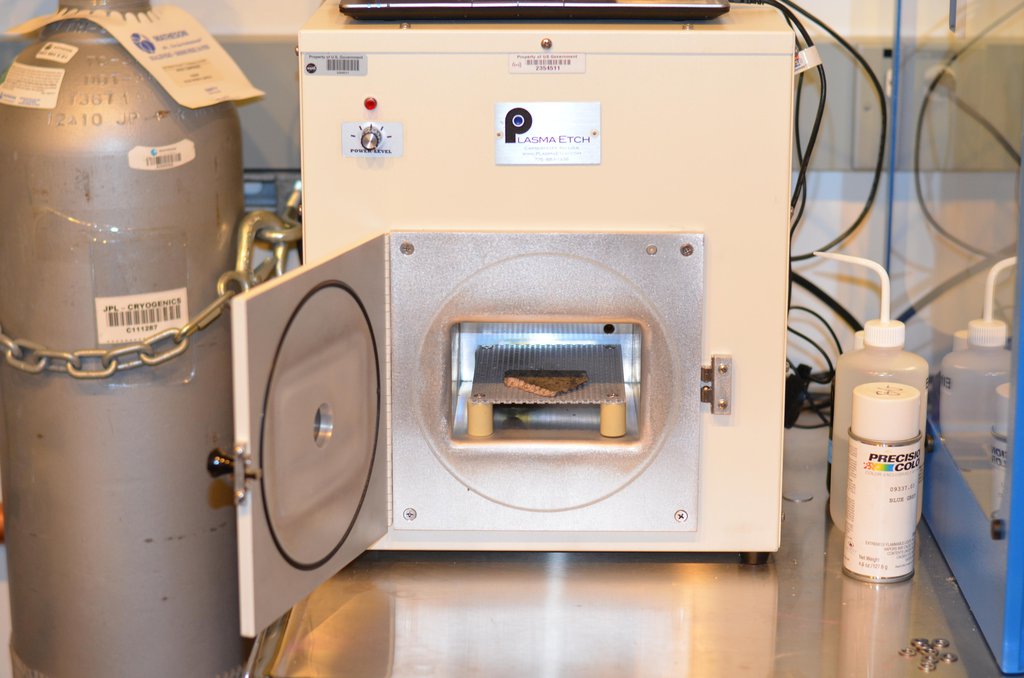 A slice of a meteorite scientists have determined came from Mars placed inside an oxygen plasma cleaner, which removes organics from the outside of surfaces. This slice will likely be used here on Earth for testing a laser instrument for NASA's Mars 2020 rover; a separate slice will go to Mars on the rover.