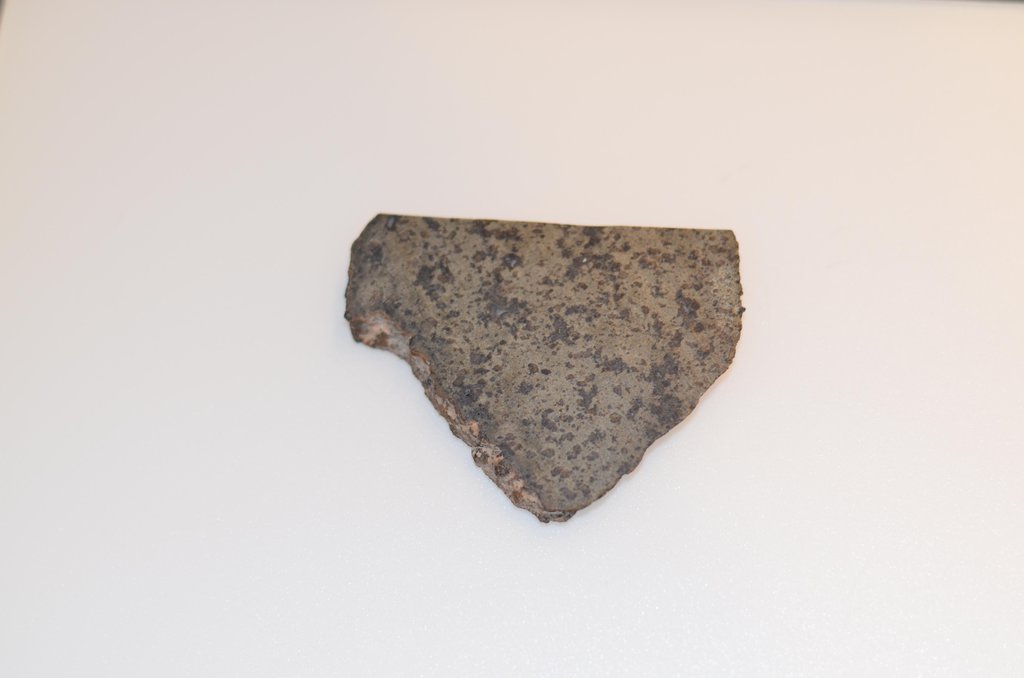 Close-up of a slice of a meteorite scientists have determined came from Mars. This slice will likely be used here on Earth for testing a laser instrument for NASA's Mars 2020 rover; a separate slice will go to Mars on the rover.

Martian meteorites are believed to be the result of impacts to the Red Planet's surface, resulting in rock being heaved into the atmosphere. After traveling through space for eons, some of these rocks entered Earth's atmosphere. Scientists determine whether they are true Martian meteorites based on their rock and noble gas chemistry and mineralogy. The gases trapped in these meteorites bear the unique fingerprint of the Martian atmosphere, as recorded by NASA's Viking mission in 1976. The rock types also show clear signs of igneous processing not possible on smaller bodies, such as asteroids.