InSight on the Surface of Mars 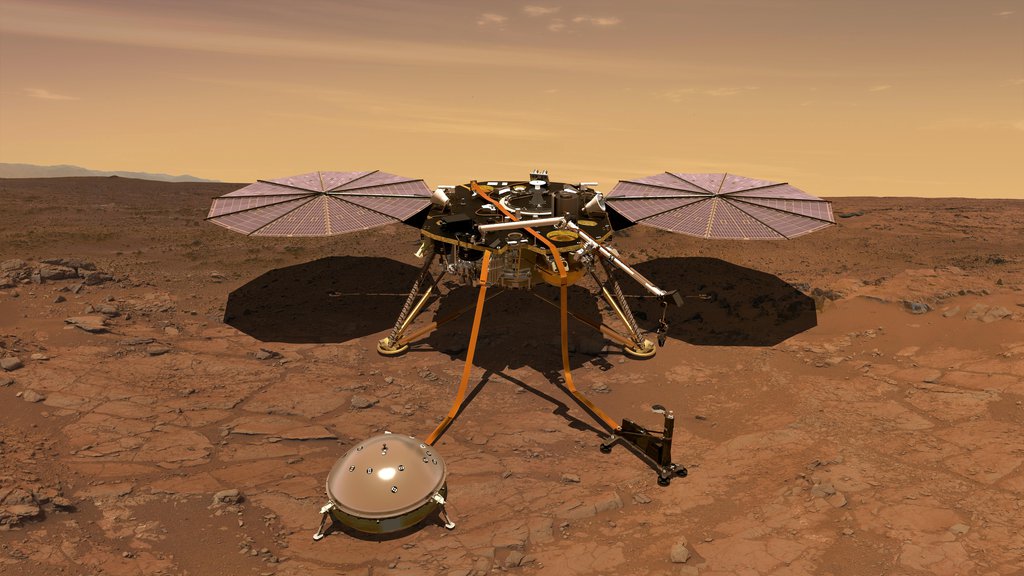 An artist's rendition of the InSight lander operating on the surface of Mars.

InSight, short for Interior Exploration using Seismic Investigations, Geodesy and Heat Transport, is a lander designed to give Mars its first thorough check up since it formed 4.5 billion years ago. It is scheduled to launch from Vandenberg Air Force Base on the California coast between May 5 through June 8, 2018, and land on Mars six months later, on Nov. 26, 2018.

InSight complements missions orbiting Mars and roving around on the planet's surface. The lander's science instruments look for tectonic activity and meteorite impacts on Mars, study how much heat is still flowing through the planet, and track the planet's wobble as it orbits the sun. This helps answer key questions about how the rocky planets of the solar system formed. So while InSight is a Mars mission, it's also more than a Mars mission.