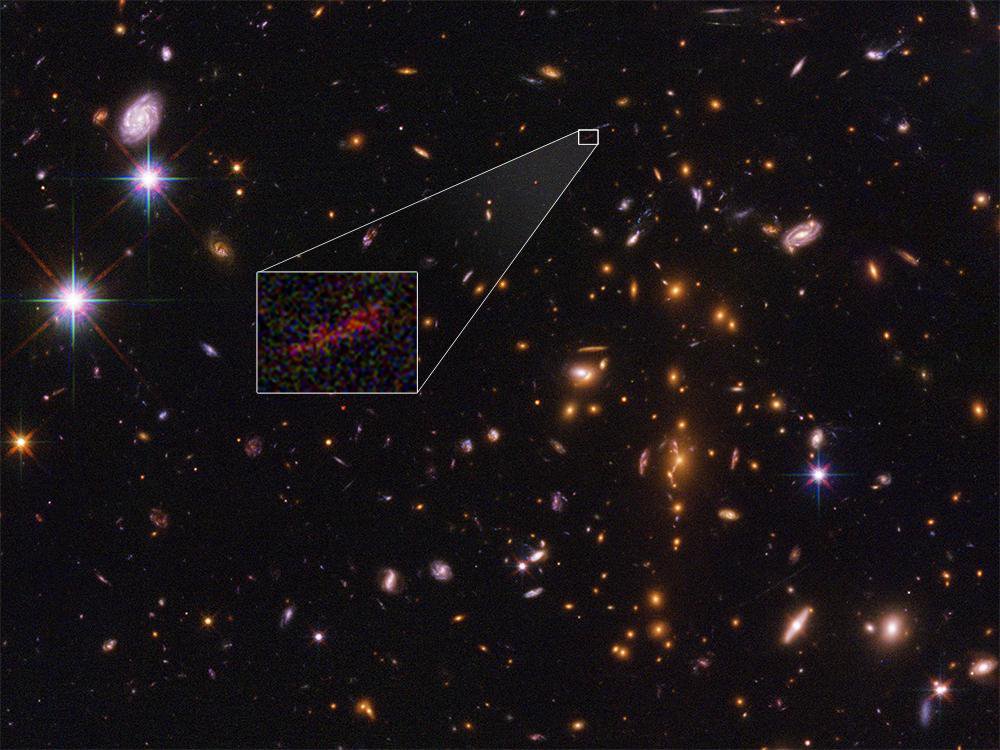 This Hubble Space Telescope image shows the farthest galaxy yet seen in an image that has been stretched and amplified by a phenomenon called gravitational lensing. The embryonic galaxy, named SPT0615-JD, existed when the universe was just 500 million years old. Though a few other primitive galaxies have been seen at this early epoch, they have essentially all looked like red dots, given their small size and tremendous distances. However, in this case, the gravitational field of a massive foreground galaxy cluster, called SPT-CL J0615-5746, not only amplified the light from the background galaxy but also smeared the image of it into an arc (about 2 arcseconds long). Image analysis shows that the galaxy weighs in at no more than 3 billion solar masses (roughly 1/100th the mass of our fully grown Milky Way galaxy). It is less than 2,500 light-years across, half the size of the Small Magellanic Cloud, a satellite galaxy of our Milky Way. The object is considered prototypical of young galaxies that emerged during the epoch shortly after the big bang.