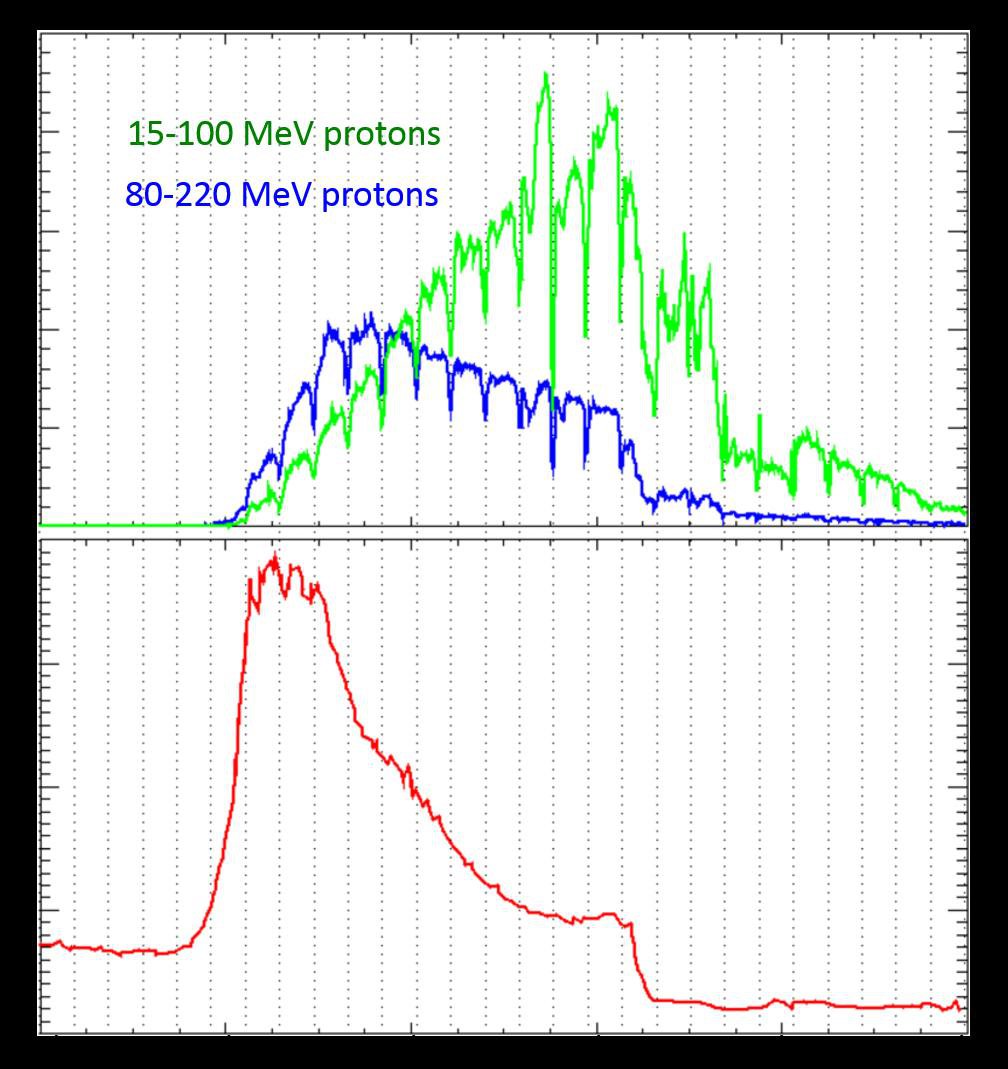 Energetic particles from a large solar storm in September 2017 were seen both in Mars orbit and on the surface of Mars by NASA missions to the Red Planet.

The horizontal axis for both parts of this graphic is the time from Sept. 10 to Sept. 15, 2017. The upper portion of this graphic shows the increase in protons in two ranges of energy levels (15- to-100 million electron volts and 80-to-220 million electron volts), as recorded by the Solar Energetic Particle instrument on NASA's Mars Atmosphere and Volatile Evolution orbiter, or MAVEN. The lower portion shows the radiation dose on the Martian surface, in micrograys per day, as measured by the Radiation Assessment Monitor instrument on NASA's Curiosity Mars rover. Micrograys are unit of measurement for absorbed radiation dose.

Note that only protons in the higher bracket of energy levels penetrate the atmosphere enough to be detected on the surface.