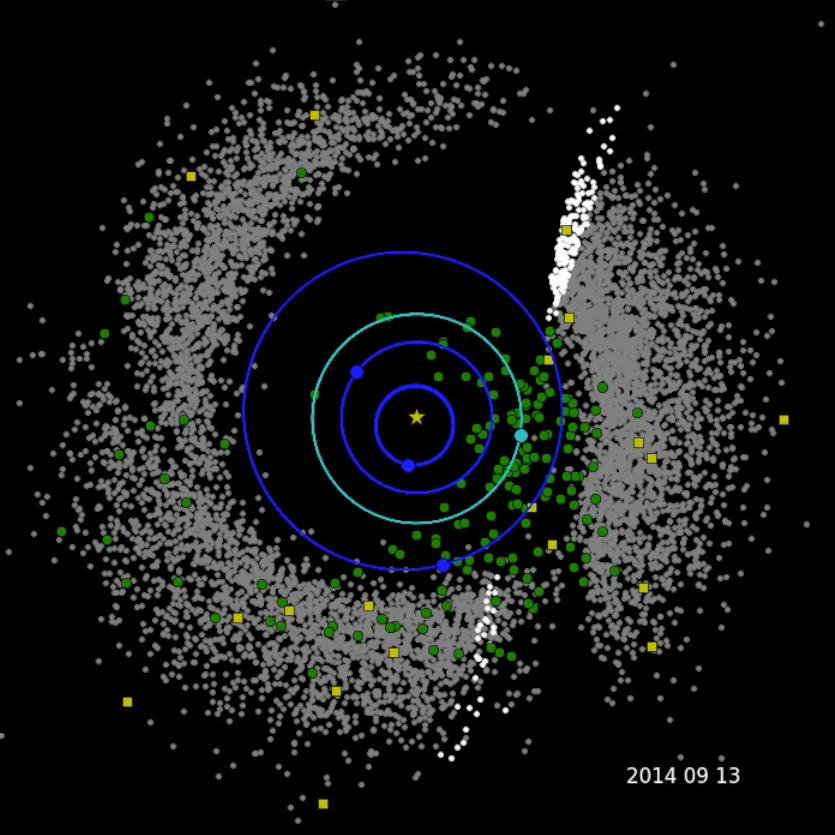 This movie shows the progression of NASA's Near-Earth Object Wide-field Survey Explorer (NEOWISE) investigation for the mission's first three years following its restart in December 2013. Green circles represent near-Earth objects (asteroids and comets that come within 1.3 astronomical units of the sun; one astronomical unit is Earth's distance from the sun). Yellow squares represent comets. Gray dots represent all other asteroids, which are mostly in the main asteroid belt between Mars and Jupiter. The orbits of Mercury, Venus, Earth and Mars are shown.

The spacecraft has characterized a total of 693 near-Earth objects since the mission was restarted in December 2013. Of these, 114 are new discoveries.