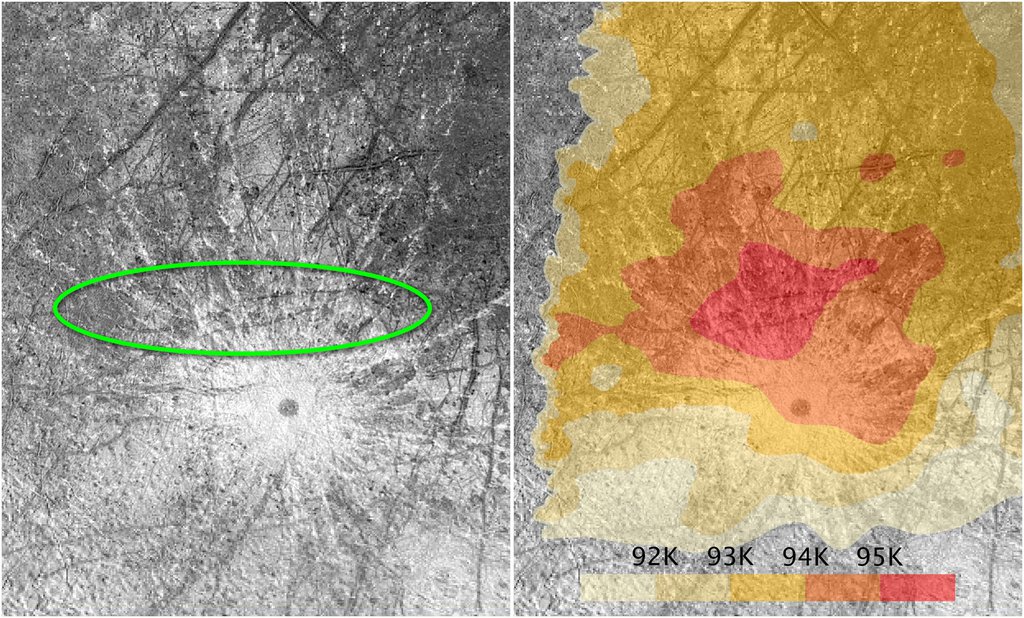 These images of the surface of the Jovian moon Europa, taken by NASA's Galileo spacecraft, focus on a "region of interest" on the icy moon.

The image at left traces the location of the erupting plumes of material, observed by NASA's Hubble Space Telescope in 2014 and again in 2016 (see PIA21443). The plumes are located inside the area surrounded by the green oval.

The green oval also corresponds to a warm region on Europa's surface, as identified by the temperature map at right. The map is based on observations by the Galileo spacecraft. The warmest area is colored bright red.

Researchers speculate these data offer circumstantial evidence for unusual activity that may be related to a subsurface ocean on Europa. The dark circle just below center in both images is a crater and is not thought to be related to the warm spot or the plume activity.